Former Union officers, who had led the costly battlefield effort to free 4 million Americans from bondage, chartered the National Rifle Association (NRA) in New York City on this day in history, Nov. 17, 1871.

Civil War veterans Col. William C. Church and Gen. George Wingate created the organization after they were “dismayed by the lack of marksmanship shown by their troops,” states the NRA in its online history.

The association was determined to “promote and encourage rifle shooting on a scientific basis,” Church wrote in a contemporary magazine editorial, the NRA reports.

Ambrose Burnside was the first president of the fledging organization.

General Burnside led federal troops in many of the early encounters of the Civil War. He served as governor of Rhode Island after the war, from 1866 to 1869.

Portrait of Ambrose Everett Burnside (1824-1881), American Army officer for whom sideburns are named. A top Union general in the Civil War, he was a governor and U.S. senator from Rhode Island, as well as first president of the National Rifle Association. Undated photograph by William Brady. (Photographer William Brady/Getty Images)

Several other Union officers shaped the NRA during their stints as president of the organization in its earliest years.

Among them: General Alexander Shaler, who earned the Medal of Honor for heroics at the Second Battle of Fredericksburg; General Winfield Scott Hancock, whose troops repelled Pickett’s Charge in the dramatic final encounter of the Battle of Gettysburg; and the Union’s greatest officer, Ulysses S. Grant, who led the NRA in 1883 and 1884 after serving two terms as president of the United States.

AMID NEW GUN LAWS, HERE’S THE TRUE STORY BEHIND THE ‘RIGHT TO KEEP AND BEAR ARMS’

Approximately 5.5 million Americans from all walks of life and political persuasions are members of the National Rifle Association today.

The first National Rifle Matches were held at a new and larger range in Camp Perry, Ohio, in 1907. 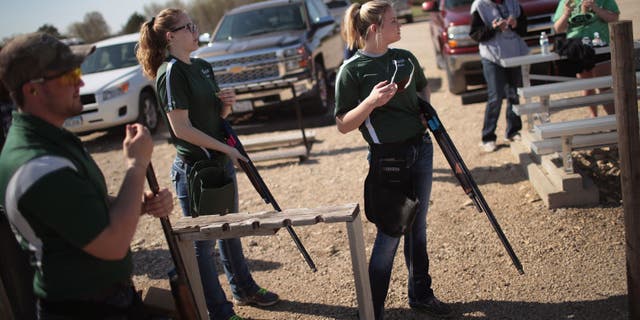 Students from the Osage High School trap team compete in a trapshooting match at the Mitchell County Trap Range on May 5, 2018, in Osage, Iowa. Last year over 3,500 students participated in the Iowa State High School Trap Championships held in Cedar Falls. (Photo by Scott Olson/Getty Images)

“The NRA’s interest in promoting the shooting sports among America’s youth began in 1903, when NRA Secretary Albert S. Jones urged the establishment of rifle clubs at all major colleges, universities and military academies,” the association writes of its history.

Rifle and shooting clubs are still an active part of high school and university life in many parts of the country.

Gun ownership was widely accepted as a part of life throughout most of the nation’s history. But in recent decades, attitudes toward firearms changed dramatically. 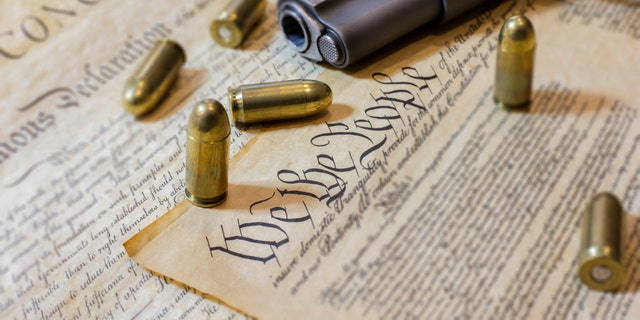 The Second Amendment of the U.S. Constitution states that “the right of the people to keep and bear Arms, shall not be infringed.” (iStock)

The Second Amendment has become the target of ever-increasing efforts to undermine the authority of the U.S. Constitution and to deny Americans their “right to keep and bear arms.”

The organization itself has become a high-profile scapegoat for wider social ills, including issues such as mental health.

“Dissolving the NRA could impinge  … on the free speech and assembly rights of its millions of members.” — Judge Joel Cohen

In 2020, New York attorney general Letitia James filed a lawsuit in an effort to break up the NRA. Manhattan Supreme Court Justice Joel Cohen tossed that claim in 2022.

“Dissolving the NRA could impinge, at least indirectly, on the free speech and assembly rights of its millions of members,” the judge stated.

The San Francisco Board of Supervisors called the NRA a “domestic terrorist organization” in a 2019 resolution — which the NRA derided as a “ludicrous stunt” by a city that coddles criminals at the expense of law-abiding citizens.

The NRA responded to challenges such as these in recent decades by becoming increasingly involved in legal, lobbying and legislative activity. 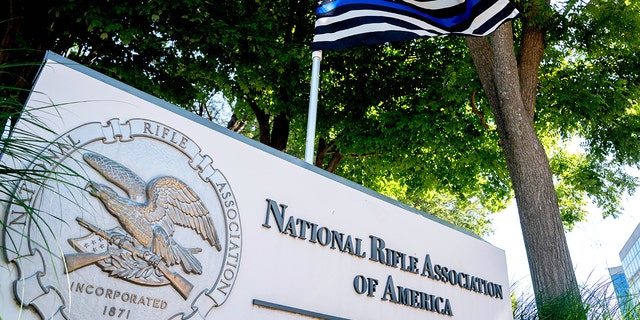 A thin blue line flag, signaling support for law enforcement, is displayed above the sign for the National Rifle Association (NRA) outside its headquarters in Fairfax, Virginia, on May 31, 2022. (STEFANI REYNOLDS/AFP via Getty Images)

The association created the Institute for Legislative Action in 1975 to provide legal and political defense of the Second Amendment.

Gun safety and marksmanship remain the core of the NRA’s mission, the organization says.

“In civilian training, the NRA continues to be the leader in firearms education. Over 125,000 certified instructors now train about 1 million gun owners a year,” the NRA states online.

“For 150 years, millions of Americans from all walks of life, races, colors and creeds have been proud members of the National Rifle Association of America,” NRA CEO Wayne LaPierre told Fox News in an exclusive interview last year for the organization’s 150th anniversary celebration.

“From presidents of the United States, military heroes, those with household names to rank and file Americans like us, all have entrusted the NRA to be the guardians of their Second Amendment, their self-defense and hunting rights, and indeed their freedom as Americans.”