Oprah Winfrey is the latest big name to join Stacey Abrams on the campaign trail.

Winfrey will host a virtual event with the Democratic Georgia gubernatorial nominee titled “A Thriving Life!” on Thursday night.

“I’m excited to join an extraordinary storyteller and my friend,@Oprah, for a conversation about this historic election, the #UnfinishedBusiness we have here in Georgia, and how we can write the next greatest chapter in our state’s history,” Abrams, 48, wrote on Twitter.

Abrams is running as a challenger to incumbent Republican Governor Brian Kemp. Winfrey also campaigned for Abrams when she first ran against Kemp in 2018.

STACEY ABRAMS’ CAMPAIGN HAS SPENT OVER $1.2M ON PRIVATE SECURITY SINCE DECEMBER

The media mogul rallied for Abrams at two campaign events in Marietta and Decatur during which she emphasized the importance of voting and told the crowds to “vote your values.”

According to a promo for the event, the two “will discuss the importance of Stacey’s campaign for governor and her vision for One Georgia where everyone has access to education, healthcare, housing and the ability to earn a good living.” 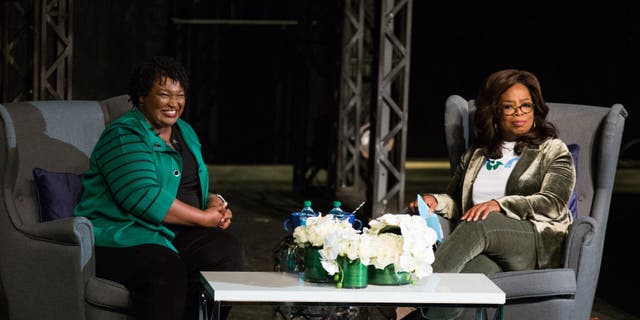 Winfrey also campaigned for Abrams when she first ran against Kemp in 2018.  (Photo by Jessica McGowan/Getty Images)

Obama and Goldberg also supported Abrams during her 2018 race, which she narrowly lost to Kemp. 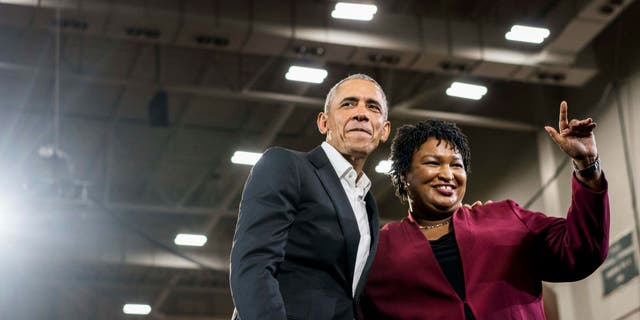 Abrams never officially conceded the election, which she claimed was “stolen” from her due to alleged discriminatory election practices and voter suppression.

In recent media appearances, Abrams has said that she never denied losing the election. During an appearance on Fox News Sunday last week, she told host Shannon Bream that she had acknowledged that Kemp was the victor in 2018.