Our Changing World: The Climate Crisis in Pictures 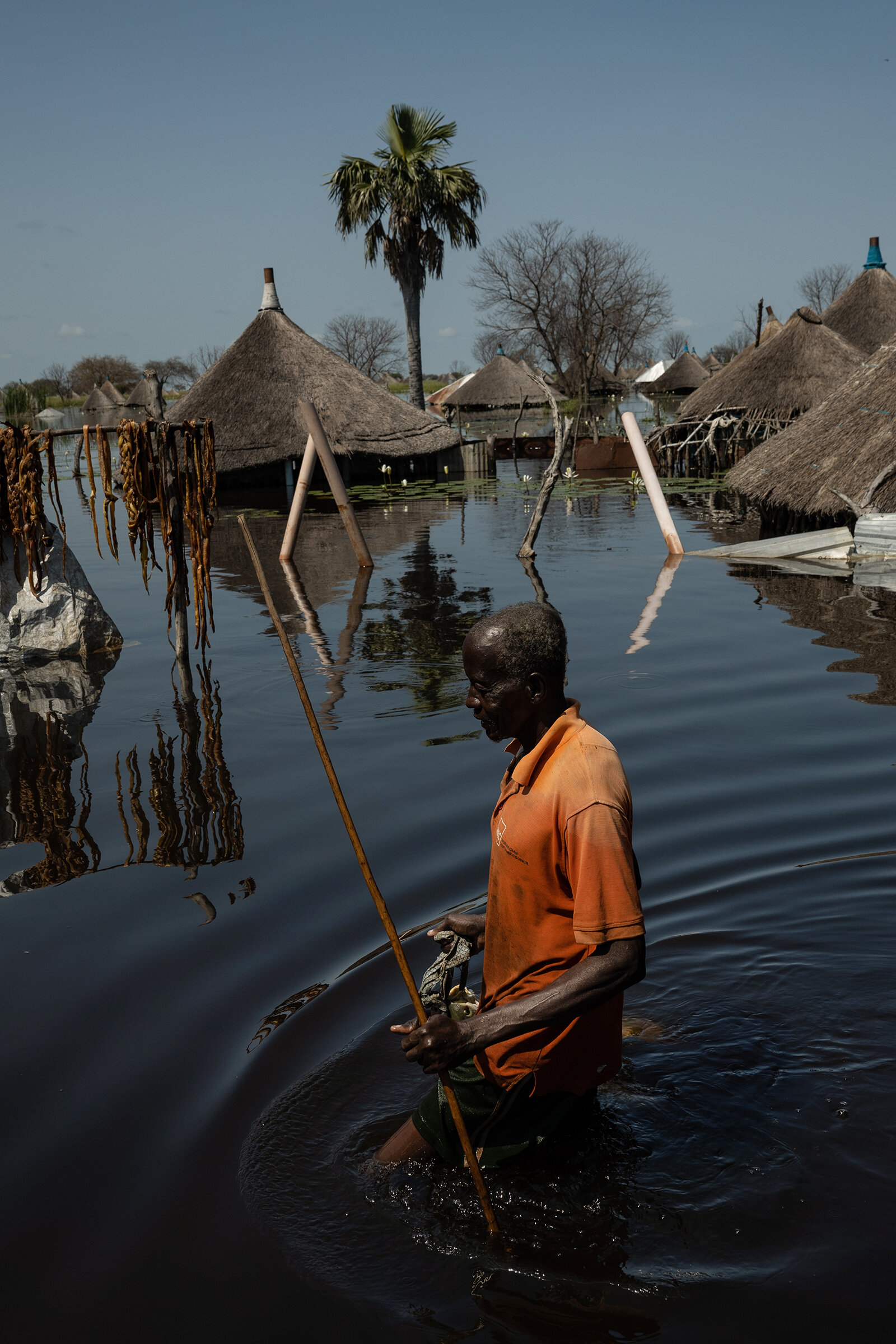 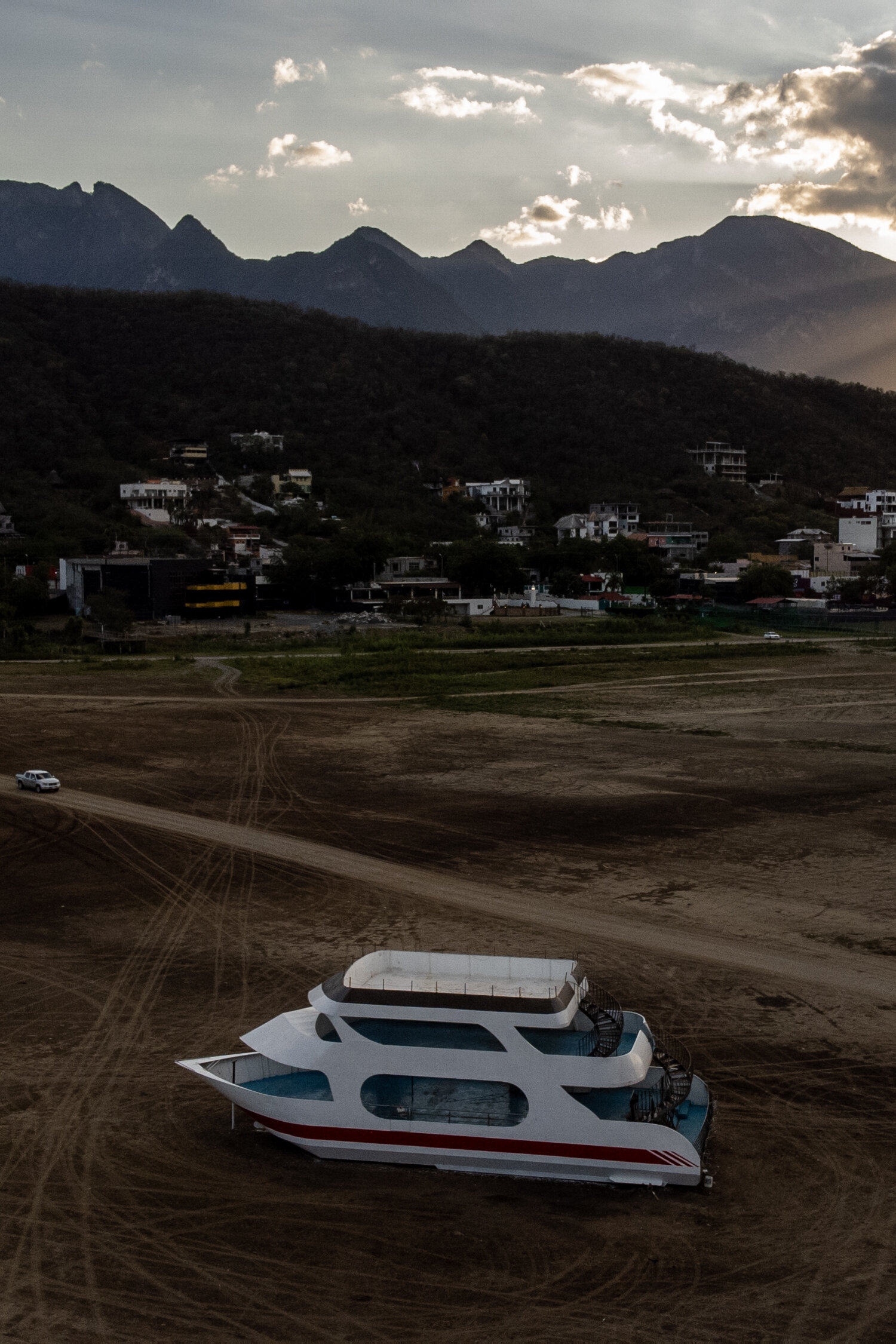 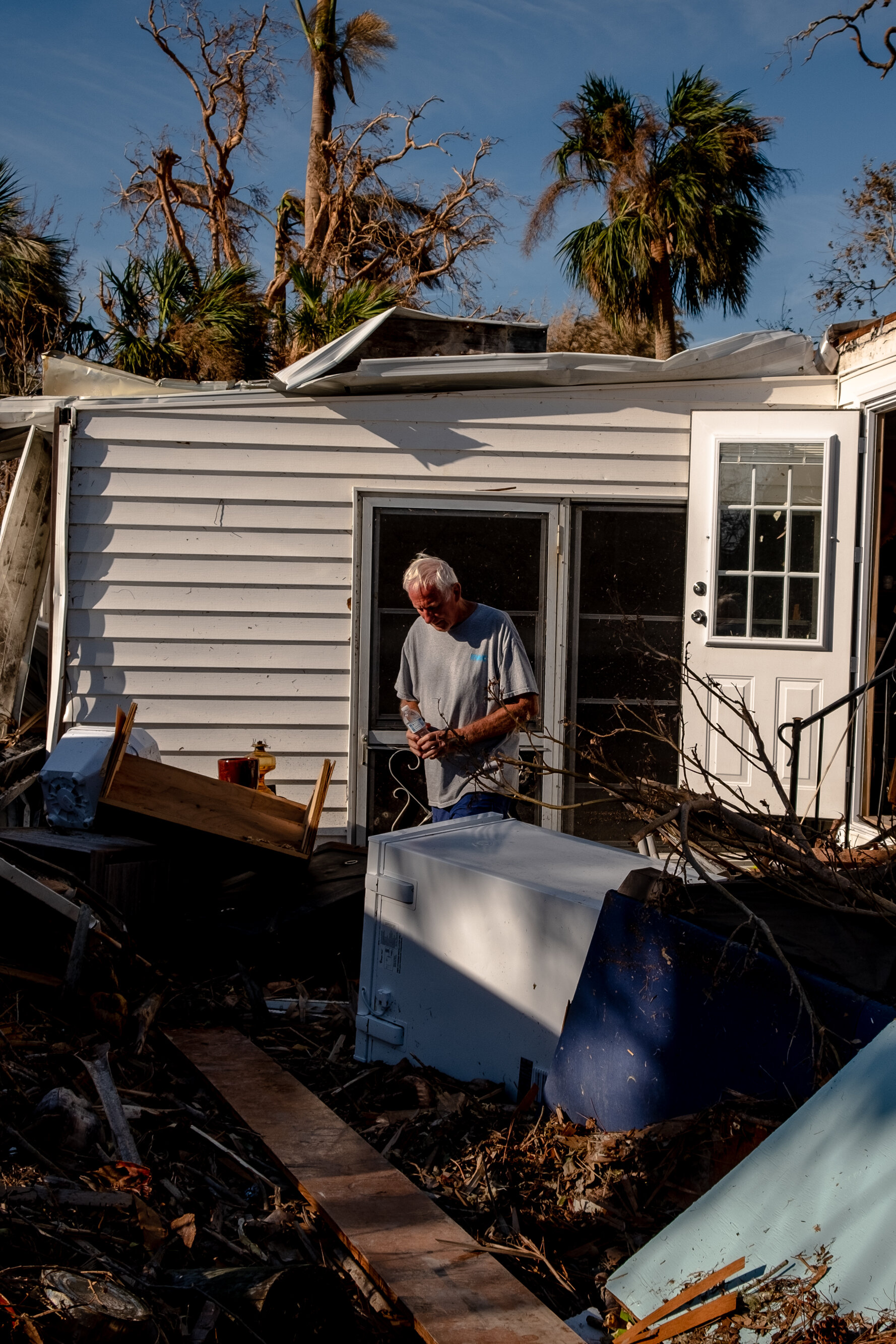 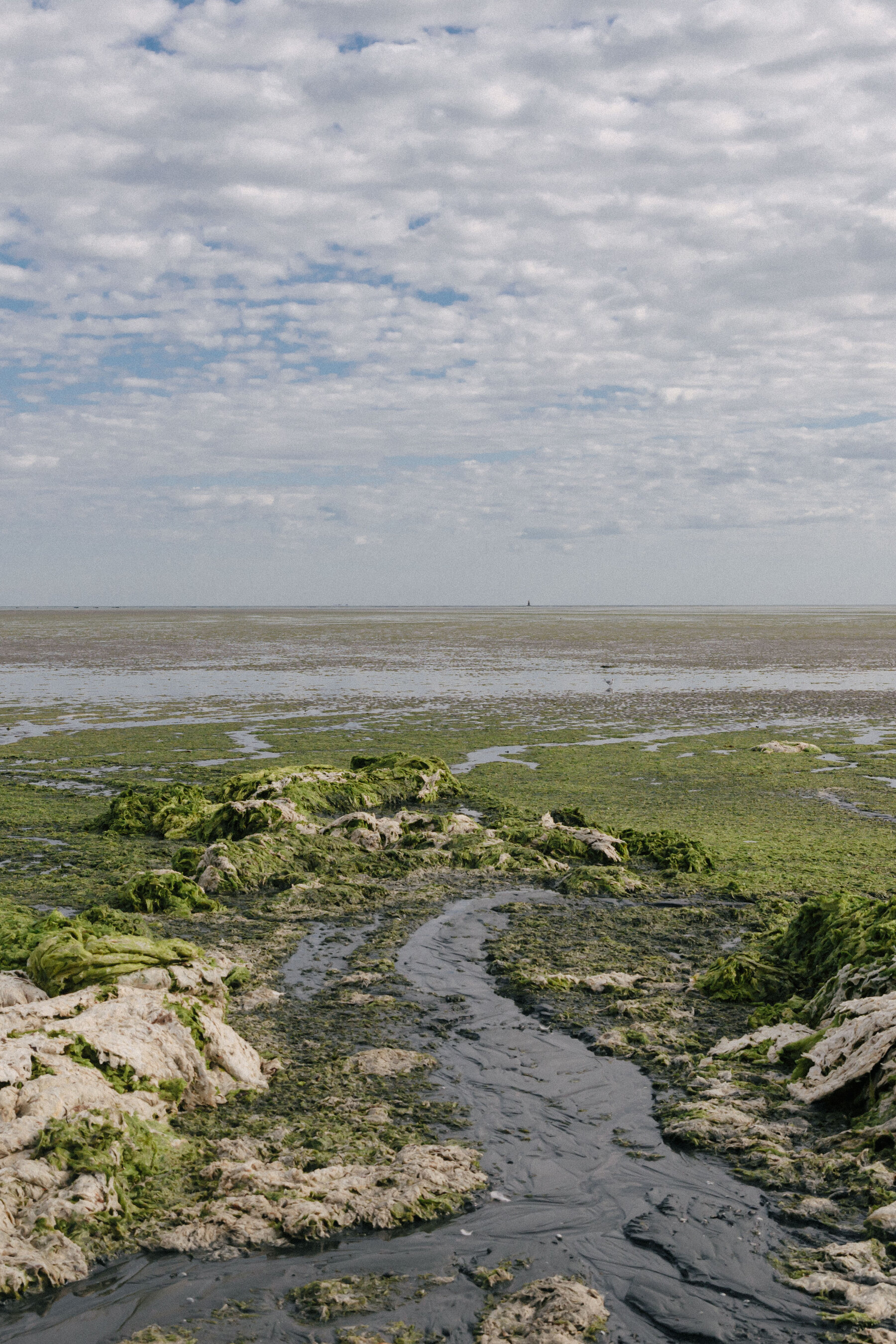 What is happening to Planet Earth?

Climate change does not lend itself to easy documentation.

Like nature itself, it can move slowly. Change can come in increments, and it is not always clear what to make of it.

Did that species die out because our home is growing too warm? Or was another cause the primary factor in the extinction? Is today’s raging wildfire or monster storm part of something bigger? Or are they just one-offs?

No single change tells the story of a climate in crisis, but a seemingly endless succession of them is another matter. Likewise, no single image, no matter how powerful, can capture what is happening, but our photographers have come back from their global travels with an encyclopedia’s worth.

Collected here is a roundup of some of the best visual journalism about climate change that New York Times journalists have produced over the past few years. From methane-spewing feedlots in the Texas Panhandle to a hurricane-drowned church in Louisiana, and from ocean-eaten Easter Island in Chile to fire-scarred New South Wales in Australia, our visual journalists have gone out to take the pulse of an ailing planet.

Cattle ranching is big business in the United States, and a big source of planet-warming methane is produced by the cows themselves.

In the Congo River Basin, people who collect bundles of wood to make charcoal are playing a surprisingly large role in the deforestation of a region that rivals the Amazon in ecological importance.

As the ocean rises, Rapa Nui, or Easter Island, a UNESCO world heritage site, is being carved away piece by piece. Waves have unsealed tombs and have even reached the ancient statues for which the island is famous.

The world has a seemingly insatiable appetite for palm oil, but the deforestation its production brings about is wiping out wild orangutans. In Borneo, where the vast majority live, their population has declined by 80 percent.

There is no Egypt without the Nile, but with that powerful river that cuts through land and history alike under severe stress, including from a new dam, some are starting to imagine a day with no Nile.

With temperatures far above seasonal norms, fires raged across the east coast of Australia in early 2020. Some burned until there was nothing left to burn, stopping only when they reached the water. Some national leaders scoffed at those who blamed climate change. “They need to get out and have a real look at what’s happening to this country,” one local official responded.

Few places illustrate the capriciousness of climate change better than the Antarctic Peninsula. The west side is warming faster than almost anywhere else on earth, and its penguins are dying off. On the east, the penguins are doing fine. For now.

It was not a hurricane but floods that tore though Germany and much of Western Europe in the summer of 2021. A relief worker dispatched to the scene said it reminded him of New Orleans after Hurricane Katrina — “but this was much faster.”

Some fires are spurred by global warming. Others send it galloping along. The Amazon Rainforest stores a huge volume of carbon dioxide, but it has been unleashed by slash-and-burn loggers, ranchers and miners. “The Amazon is completely lawless,” one climate scientist says.

Even in a summer of extreme weather, Hurricane Ida stood out when it lashed the coast of Louisiana in August 2021. It gained power with extraordinary speed — most likely because of the warming ocean — and its winds hit 150 miles per hour. It was one of the costliest storms in U.S. history.

A timeless companion may be slipping away on the coast of Northern California. It is hard to imagine San Francisco without fog. But it is getting sadly easier.

The tundra was burning. Siberia was afire. For a third yeas in a row, a people who endure the bitterest of winters with little complaint were reeling from the worst wildfires anyone there could remember.

Plastic waste is exploding in Senegal, as in many other countries. As populations and incomes grow, so does the demand for packaged, mass-produced products. So is the push for more recycling.

California’s epic wildfires of 2020 made quick work of some of the state’s most beloved trees. In a relative instant, countless ancient redwoods, hundreds of giant sequoias and more than one million Joshua trees perished.

The links between major tropical storms and climate change are becoming more apparent, and so South Koreans braced in September as Typhoon Hinnamnor bore down. The storm did bring the heavy winds and rains that were feared, but it did not linger, limiting the damage.

The Great Salt Lake has already shrunk by two-thirds, as a broad swath of Utah around it parches. Its troubles are closely linked to the health and economy of an entire region.

A fishing village on the frigid shores of the White Sea is slowly vanishing under sand. Years of overfishing is believed in part to blame. Residents now bulldoze the sand away to prepare for winter — “lest the snow piling up on top of the sand buries us to our roof.”

The ancient cedars of Lebanon have outlived empires and survived modern wars. Now global warming could finish them off.

Many of the world’s most vulnerable to the ravages of climate change live in South Asia, where rising temperatures are making it harder than ever to address poverty, food insecurity and health challenges. Floods in Assam, India, in June affected more than half a million people across nearly 1,000 villages.

With its heavy reliance on coal, China is by far the world’s top emitter of the heat-trapping gases that accelerate climate change, though it has also become a global leader in policy and diplomacy on limiting the effects of climate change.

They called it a “super typhoon,” and after it left in December 2021, the smell of death hung in a central Philippine province. The winds from Typhoon Rai reached 168 miles per hour, and when it was over, the country’s Climate Change Commission called for urgent action “to build community resilience against extreme climate-related events.”

Thousands of firefighters, 25 helicopters and an arsenal of more than 400 fire engines and 70 water truck were sent to battle the flames near Lake Tahoe in the summer of 2021, yet the Caldor fire still advanced. Experts believe it offered a cautionary tale for the next megafires in the West, and it lay bare a certain futility in trying to fully control the most aggressive wildfires.

The worst drought in four decades was imperiling lives across the Horn of Africa, with up to 37 million people in Kenya, Ethiopia and Somalia facing the risk of starvation by the end of this year, aid officials said in June. Makeshift settlements swelled with displaced people.

On the western side of the Antarctic Peninsula, warming linked to climate change has occurred faster than almost anywhere else on the planet.