Indiana Pacers forward Aaron Nesmith had a clutch game in their 114-113 win over the Orlando Magic on Saturday, but the celebration of the victory could’ve gone a little better.

Nesmith had 19 points off the bench in 25 minutes. He was 5-of-10 with three rebounds. He was one of six players in double figures as Indiana improved to 9-5 on the season. As Nesmith talked to a reporter after the game, his teammates Tyrese Haliburton and T.J. McConnell rushed over to pour water on his head.

Nesmith tried to escape but the wet floor caused him to slip and fall.

“Come on,” he said as Haliburton and McConnell walked away laughing.

KYRIE IRVING DISCUSSES ‘LEARNING JOURNEY’ SINCE SUSPENSION: ‘A LOT OF HURT THAT NEEDED TO BE HEALED’

“After missing a couple of free throws in the game last night, I think he made all four of ‘em tonight and made some threes,” Carlisle said. “He was just into it. We couldn’t have won the game without him.” 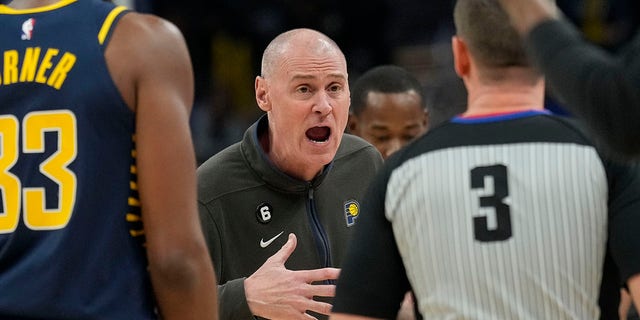 Haliburton had 22 points and 14 assists for the Pacers as they extended their winning streak to four games.

“We’re going through this as a group for like the first time, but it’s happening over and over where we’re in close games down the stretch,” Haliburton said. “You’ve just got to kind of figure it out on the go. We’re growing together as a group.” 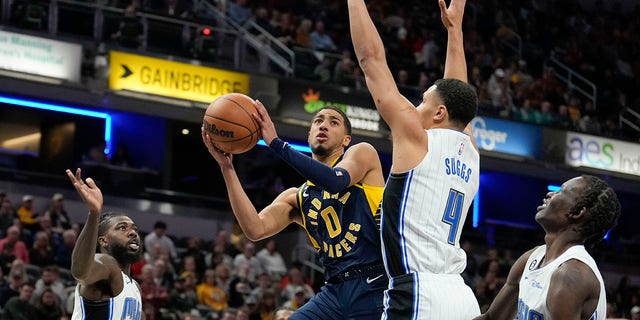 The two will play again on Monday night.