Hours before the Packers were set to take on the Los Angeles Rams, Green Bay shook up its wide receiving corps and parted ways with veteran Sammy Watkins.

The Packers made the announcement of Watkins’ release about five hours before kickoff against the Rams. The team signed running back Patrick Taylor to the active roster from the practice squad. The NFL Network first reported Watkins’ release. 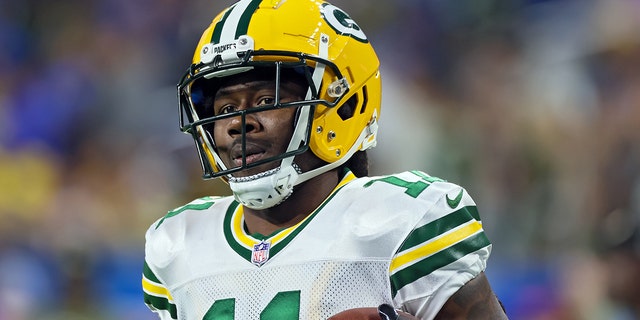 Green Bay Packers wide receiver Sammy Watkins (11) runs on the field with the ball prior to an NFL football game between the Detroit Lions and the Green Bay Packers in Detroit, Michigan USA, on Sunday, November 6, 2022. (Amy Lemus/NurPhoto via Getty Images)

Green Bay signed the former No. 4 overall pick in the offseason as it lost Marquez Valdes-Scantling to the Kansas City Chiefs. Watkins was coming off 13 games with the Baltimore Ravens and three years with the Kansas City Chiefs before he joined Aaron Rodgers and the Packers. But he could never really find his footing in Green Bay.

Watkins played in nine games, starting three of them. He had 13 catches on 22 targets for 206 yards. He didn’t score any touchdowns in his short time with Green Bay. He played in only 11 offensive snaps over the last two games and hadn’t caught a pass since Week 10 against the Dallas Cowboys.

Christian Watson and Romeo Doubs have come into their own over the last part of the season. Allen Lazard is still their leading wide receiver with 45 catches for 620 yards and five touchdowns. Aaron Jones leads all receivers with 48 receptions. 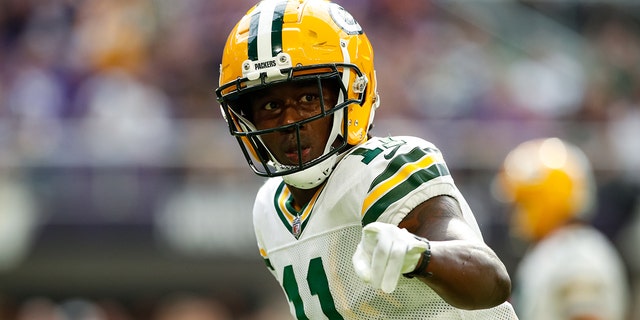 Sammy Watkins #11 of the Green Bay Packers on the field against the Minnesota Vikings in the second quarter of the game at U.S. Bank Stadium on September 11, 2022 in Minneapolis, Minnesota. (David Berding/Getty Images)