An order to transport his half-sister, Danielle Woodard, 35, from the Turner Guild Knight Correctional Center to the Broward County Circuit Courthouse in Miami was filed on Aug. 15.

Woodard, who has a lengthy rap sheet, is currently awaiting trial for an alleged carjacking of a 72-year-old woman outside a Goodwill in Miami, according to a police report for the Jan. 6, 2020 incident obtained by the Miami Herald.

As the victim dropped off a donation, Woodard allegedly hopped into the driver’s seat.

A photo combination of Nikolas Cruz and his half-sister Danielle Woodard, who is scheduled to testify on his behalf Monday. (Amy Bath via Associated Press/ Miami-Dade County Corrections)

The elderly woman tried to stop her by getting in on the passenger side and was flung from the vehicle and injured, according to police. Woodard crashed the car.

Woodard’s lawyers said in a court filing they don’t agree with their client’s decision to testify on behalf of Cruz and asked to withdraw from her carjacking case.

Cruz, 23, pleaded guilty in October to 17 counts of first-degree murder for killing 14 teenagers and three staffers Feb. 14, 2018, in one of the deadliest school shootings in U.S. history. 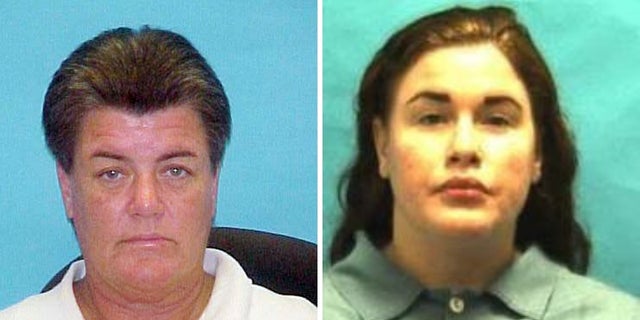 The gunman’s trial will determine whether he is sentenced to death or life in prison without parole.

The prosecution rested its case on Aug. 4. Then the court took a one-week break followed by a week of hearings. The jury will return on Monday, when the defense gets its turn to present its case.

Woodard has cycled in and out of prison for most of her life, court records show.

Cruz and his half-sister share birth mother Brenda Woodard, who gave him up for adoption as a baby.

Brenda Woodard allegedly used alcohol and crack cocaine when she was pregnant with him, according to court papers. The defense has argued that he suffered from fetal alcohol syndrome, which affected his brain development.

Like her daughter, Brenda Woodard had a long rap sheet, including 28 arrests, records show. She died last year of cancer, according to the Daily Mail.