Paulina Porizkova said her late rocker husband Ric Ocasek did not tell her he was married until they had been together for a couple of weeks, and she was already “passionately in love” with him.

“He sort of came up with ‘Oh yeah, by the way, I’m married.’ I was like ‘What?’” the 57-year-old told said on Facebook Watch’s “Red Table Talk” Wednesday.

She wrote in her memoir, “No Filter,” the revelation felt like a “glass of cold water thrown” in her face. She said he dropped the bombshell while they were kissing after she had playfully asked him to tell her a secret. However, she decided as a 19-year-old that it must be a bad marriage, so they resumed kissing and kept dating.

PAULINA PORIZKOVA SAYS SHE ASKED PALS TO BUY GROCERIES FOR HER AFTER CARS SINGER RIC OCASEK’S DEATH: ‘NO CASH’

Paulina Porizkova said she and then-boyfriend Ric Ocasek kept their extramarital relationship a secret for three years before he left his wife. They met when she was 19 years old.  (Photo by Michael Loccisano/WireImage)

She said she broke up with her boyfriend and expected him to leave his wife. A few months later, she found out he had children. “I was in too deep at the point,” she said.

“And when he said he needed time because there were two small children involved I went, ‘He’s such a good dad,’” she told co-hosts Jada Pinkett Smith, Willow Smith and Jada’s mother, Adrienne Banfield-Norris. “It never really dawned on me that he had all the lies that had started as soon as we met.”

She said their relationship was a secret for three years before he left his wife. 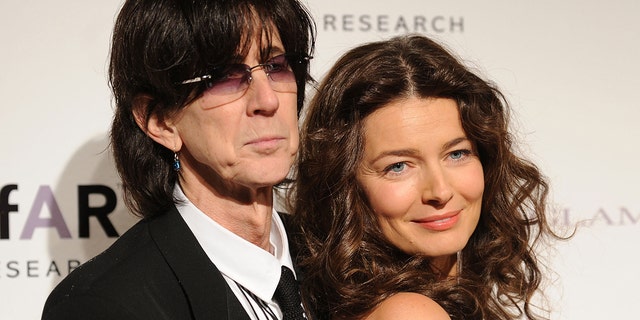 Ric Ocasek and model Paulina Porizkova were married for 30 years when he died.  (Photo by Stephen Lovekin/WireImage)

They married in 1989, but after nearly 30 years of marriage, they decided to separate in 2018 after Porizkova said she decided to support him amid marital struggles in 2018. At the time, Ocasek was inducted into the Rock & Roll Hall of Fame and Porizkova said, “he was the only guy who didn’t thank his wife on the podium.”

Porizkova said at first Ocasek loved her “obsessively,” but as the years went by, he “backed off” and she felt “abandoned” as he was unwilling to work on their marriage.

She said she started openly dating even though she and Ocasek still lived together in separate bedrooms and was in love with another man when Ocasek died in 2019. 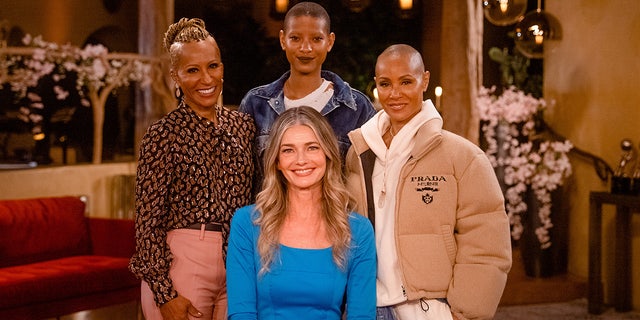 The former supermodel was taking care of him as he recovered from surgery for lung cancer that was caught early, she said, and Ocasek told her he was tired and went to bed early one night. “He just looked like he was sleeping,” she said when she brought Ocasek a coffee the next morning. “That’s when I saw his face, I saw his eyes, and they didn’t look like eyes anymore. And it all started going through my head.”

She said her legs started buckling as she “panicked” thinking she needed to get to her children. Porizkova and Ocasek shared two sons together. “Witnessing the pain of my children was probably one of the worst things that has happened to me,” she added, fighting back tears.

She said not only was she disinherited from Ocasek’s will, leaving her broke, but she was also abandoned by her boyfriend on the day she was moving out of the home she shared with Ocasek “when I probably need him most.”

“I don’t understand saying you love somebody and just walking off,” she added, explaining the boyfriend said she was “too much” for him.

She agreed that he had a point because she was grieving the loss of her husband, she was broke and was going through menopause.

“There’s a good year of my life where I don’t recall much but like walking through the woods behind my house playing like Herman’s Hermits ‘The End of the World’ and just howling,” she said.

She continued, “Now I’m 57, and I’m in the dating pool,” she laughed. “It’s a small pool – dirty little puddle. It sucks.” She said men her age willing to date women her age have already slept with her friends.

“There’s like five guys we keep passing around,” she joked.