Pennsylvania Republican gubernatorial candidate Doug Mastriano said Tuesday the “future of the nation” hinges on the outcomes in the Keystone State’s statewide elections, including his own.

“We’re going to take back this state. And it’s very important: It’s just not another gubernatorial race — I believe the future of the nation is hinged upon the outcome in Pennsylvania at the governor level,” he told “Tucker Carlson Tonight” Tuesday.

“[W]e’re sitting on what I call ‘freedom’ — gas and oil and coal. So on day one, we’re going to drill and dig like never before.”

Mastriano, a state senator from Gettysburg and retired U.S. Army colonel, told “Tucker Carlson Tonight” that not only is Pennsylvania symbolic as the birthplace of the United State, but its rich oil and gas resources under the control of conservative governance would be a game-changer as the nation writ-large grapples with an energy crisis.

That crisis, Mastriano said, is part and parcel to a bigger “economic malaise” he claimed has been caused by President Biden and Democrats like his opponent, Pennsylvania Attorney General Josh Shapiro.

In 2015, current Pennsylvania Democratic Gov. Tom Wolf enacted a moratorium on new oil and gas leasing on state parkland. Mastriano has conversely heralded the Commonwealth’s history as a combined capital of coal, oil and manufacturing. The first successful U.S. oil well was drilled in Venango County in 1859. 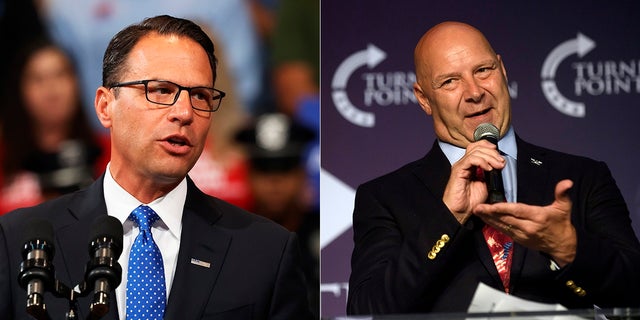 The senator has suggested Pennsylvania should a leading state in opposing such government control, recent comparing himself to Florida Gov. Ron DeSantis in that regard.

At a recent campaign event near Quakertown, Mastriano pledged to “hand power back over to where it always should be,” in the citizenry.

On “Tucker Carlson Tonight,” he also faulted Shapiro, the state’s top law enforcement officer, for overseeing a record spike in violent crime across the state – particularly in Philadelphia – over his six-year term. Shapiro himself hails from just outside the city in Abington.

BIDEN CONTINUES BLAMING PUTIN FOR GAS CRISIS, BUT SHOULD PROBABLY THANK HIM: HANSON 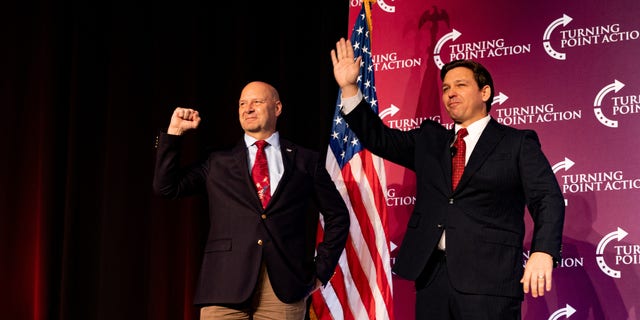 “Our second president said ‘facts are stubborn things.’ On my opponent’s watch as the attorney general, crime has gone up nearly 40%. Homicides are record levels in Philadelphia on track for 600 this year, 1,000 carjackings and 4,000 robberies. I mean, it’s insane,” he said.

“A couple of days ago, [Shapiro] tweeted out ‘we need to do something about crime’,” the retired colonel added.

“I’m like, dude, where have you been the past six years?”

Shapiro has criticized Mastriano’s claims of being the pro-freedoms candidate in the race, writing on Twitter that “it’s not freedom when they try and tell a woman what she can do with her body.”

Shapiro has also responded to claims regarding crime, saying on his campaign page that under his watch, Pennsylvania has arrested “an average four drug dealers a day” and worked to combat gun violence by cracking down on trafficking and ghost guns.