The city of Philadelphia is offering a $20,000 reward for information that leads to the arrest and conviction of the person responsible for killing 23-year-old Everett Beauregard on Thursday.

Beauregard was fatally shot in the 400 block of North 35th Street around 12:30 a.m. Thursday after attempting to return home from a friend’s event in south Philadelphia, FOX 29 reported.

He got off a train in the area of 34th and Market streets before walking the rest of the way to his apartment.

Police said surveillance video showed the suspect lingering in the area for more than an hour around 11:21 p.m. before coming into contact with Beauregard.

The Philadelphia Police Department is offering a $20,000 reward for information leading to the arrest and conviction of the person responsible for killing 23-year-old Everett Beauregard.

In the video, the suspect walks past Beauregard before turning around and firing at him from behind. Police said he was struck one time in the back of his neck, severing his spinal cord and causing him to collapse on the sidewalk.

The video then shows the shooter fire another shot at Beauregard while running away. 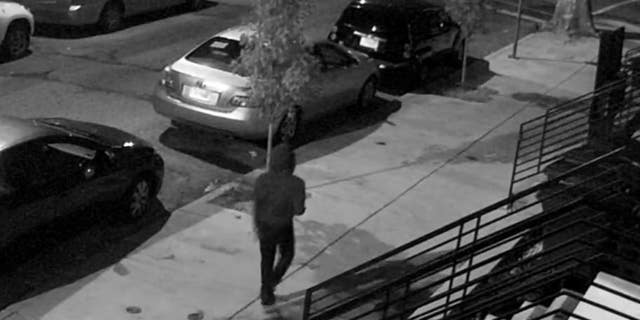 Surveillance footage captures the suspect in the fatal shooting of 23-year-old Everett Beauregard walking down the street. (Philadelphia Police Department)

FOX 29 said Philadelphia police initially thought the shooting was an attempted robbery, but are now calling it an “unprovoked murder.”

Beauregard was a recent graduate of Temple University. The school released a statement later in the day that said they are “deeply saddened” by his death.

U.S. Rep. Brendan Boyle also commented on the tragedy Friday on Facebook, stating that Beauregard worked as his campaign intern during the 2018 election season.

“I am heartsick to learn the senseless epidemic of gun violence has struck a member of my team, our former campaign intern Everett Beauregard,” Boyle wrote. “Everett worked for my campaign during the 2018 election season. He made great contributions to our electoral victory that year. He was a nice, well liked, and purposeful young man with a bright future ahead of him. We will truly miss him and we grieve along with his family and friends during this difficult time.”