The defending Super Bowl champion Rams’ hopes of repeating this season have officially come to an end. The Rams lost for the 10th time this season Monday night and were eliminated from playoff contention.

Los Angeles becomes the first NFL team to miss the playoffs after winning a championship in the previous season since the 2016 Broncos.

Matthew Stafford of the Los Angeles Rams throws a pass during the fourth quarter of a game against the Tampa Bay Buccaneers at Raymond James Stadium Nov. 6, 2022, in Tampa, Fla.  (Kevin Sabitus/Getty Images)

Earlier in December, the 34-year-old QB was placed on injured reserve with a concussion and a neck injury.

He won’t be suiting up again this season, but he’s expected to avoid surgery, his head coach, Sean McVay, said, according to a report from Sports Illustrated.

EAGLES’ NICK SIRIANNI WON’T RULE OUT JALEN HURTS FOR WEEK 16: ‘ONE OF THE TOUGHEST GUYS I KNOW’

During his wife Kelly’s “The Morning After” podcast, he shut down any notion that he would not return in 2023 with a simple one-word response.

“No,” Stafford said on Tuesday when asked if he has plans to retire at the end of the season. 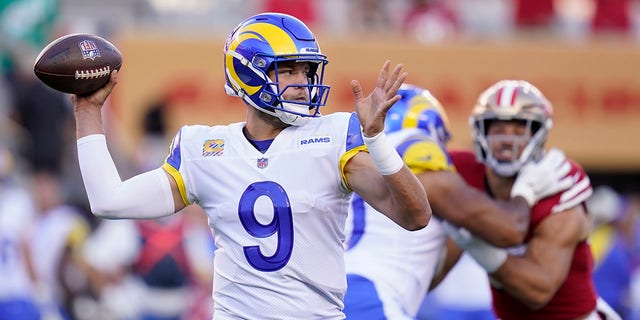 Los Angeles Rams quarterback Matthew Stafford (9) passes against the San Francisco 49ers during the first half of a game in Santa Clara, Calif., Oct. 3, 2022.  (AP Photo/Godofredo A. Vásquez)

Stafford has some financial incentive to keep playing. The Rams rewarded him with a four-year, $160 million contract extension last offseason.

AARON RODGERS ON KEEPING PLAYOFF HOPES ALIVE FOLLOWING WIN OVER RAMS: ‘GOT TWO IN THE BAG’

The money in the deal is guaranteed for injury, according to the NFL Network. 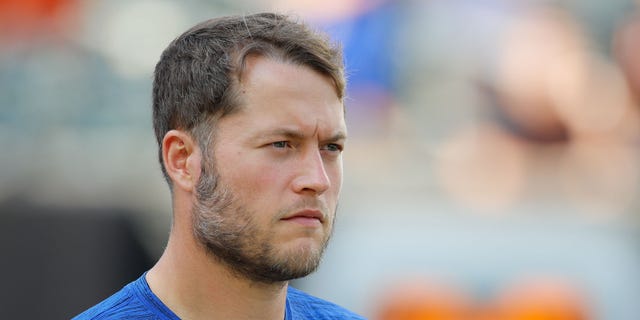 Stafford isn’t the only key Rams player to have had injury setbacks in 2022.

Star wide receiver Cooper Kupp, who was named the MVP of last season’s Super Bowl, underwent surgery in November after he suffered a high ankle sprain. Kupp has been ruled out for the remainder of the season.

Defensive lineman Aaron Donald has not played since he injured his ankle in Week 12 against the Kansas City Chiefs.

The Rams’ 10 losses on the year are tied with the 1999 Broncos for the most by a defending Super Bowl champion.