Raphael Warnock is ‘either rubber stamp for Biden or has no clue what he’s doing’: Herschel Walker

Walker, a retired Dallas Cowboys running back and Georgia Bulldogs star, cited rampant inflation, an effectively-open Southern border and the fact many Americans are living on week-to-week means to question why Warnock has voted with President Biden about 96% of the time.

“So, he either is a rubber stamp for Joe Biden or he has no clue what he’s doing. Think about it,” Walker said.

IGOR DANCHENKO TRIAL SHOWS HOW MUCH MUELLER EITHER DIDN’T KNOW OR IGNORED IN TRUMP REPORT: TURLEY

Walker also called out critics focusing on his past personal struggles and his personal life, as moderator Sean Hannity pointed to Warnock’s own more recent situation involving his now-ex-wife, who was captured on Atlanta Police Department bodycam footage in 2020 alleging the then-candidate ran over her foot with his car.

Ouleye Ndoye-Warnock claimed her husband “doesn’t care” and called him “a great actor” when it comes to his public persona.

When the footage first aired while Warnock was facing off with then-Sen. Kelly Loeffler, the Democrat’s spokesman called it a “desperate and shameful” attempt by the GOP to get traction in the election. Warnock himself has told the Atlanta Journal-Constitution the events “didn’t happen.”

MIKE ROWE CALLS OUT LACK OF APPRECIATION FOR BLUE-COLLAR WORK 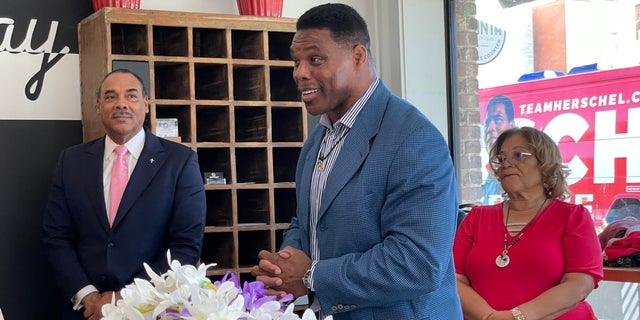 Walker said he has been forthright about his past mental health challenges separately has called on Americans to seek help if they are struggling.

BIDEN SEEMS SYMPATHETIC TO ISRAEL, BUT POLICIES ON IRAN AND THE PALESTINIANS CREATE MISDIRECTION 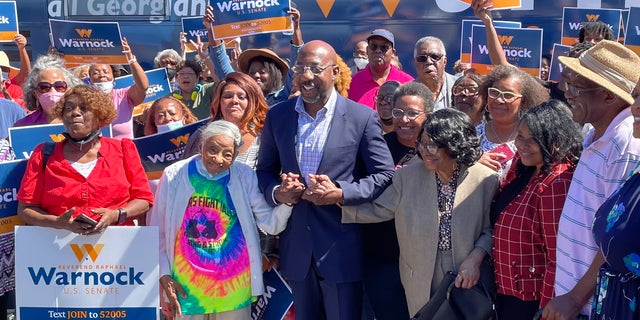 Democratic Sen. Raphael Warnock of Georgia, with supporters at a rally in Atlanta (Fox News)

Walker said Warnock by contrast is not being transparent, accusing him of sealing divorce records and “hiding behind court papers” in regard to an early 2000s incident at an Eldersburg, Md., children’s camp sponsored by a Baltimore church at which he was minstering.

Warnock and another man were accused of trying to prevent a Maryland State Trooper from interviewing counselors at the camp about abuse allegations.

“Doctor King has nothing to do with what he’s doing that church. And I thought that was totally insulting for him to do that,” Walker said.

Ms. King later appeared on the dais to thank Walker for his candidacy.