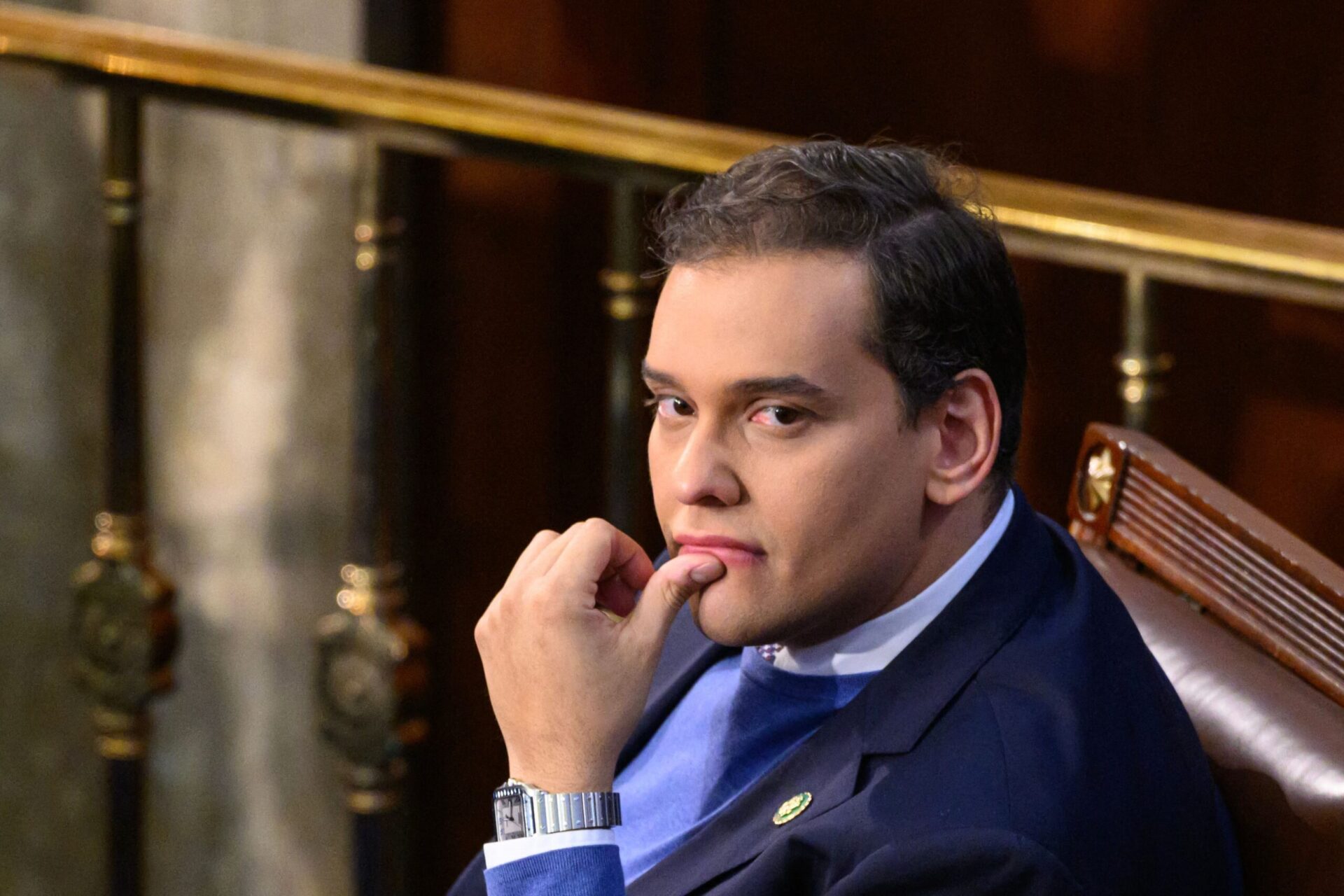 Newly-elected Rep. George Santos (R-N.Y.) is denying the allegations of a disabled veteran who said the truth-challenged congressman scammed him out of $3,000 that was intended for his service dog’s lifesaving surgery.

On Tuesday, U.S. Navy veteran Richard Osthoff told Patch that in 2016, he was homeless and trying to find a way to fund surgery so his dog, Sapphire, could have a tumor removed from its stomach.

A lab tech helped connect Osthoff with Santos, who was running a charity called Friends of Pets United under the name “Antony Devolder.”

Osthoff told NBC News that Santos’ group set up a GoFundMe page that raised $3,000 for the surgery, but then the future congressman stopped responding to calls.

Osthoff said he never received any money from the charity and had “to panhandle” to pay for Sapphire to be euthanized and cremated.

On Thursday, Santos took to Twitter and said: “The reports that I would let a dog die is shocking & insane. My work in animal advocacy was the labor of love & hard work.”

He continued, “over the past 24hr, I have received pictures of dogs I helped rescue throughout the years along with supportive messages,” before adding a promise: ”These distractions won’t stop me!”

The reports that I would let a dog die is shocking & insane. My work in animal advocacy was the labor of love & hard work. Over the past 24hr I have received pictures of dogs I helped rescue throughout the years along with supportive messages.

These distractions won’t stop me!

However, considering the animal charity scam allegations come when Santos is facing multiple federal and local investigations for fabricating his background and campaign finance violations, it’s no wonder Twitter users were skeptical of his claims of innocence.

what about the dogs I didn’t leave to die after stealing the money for their care? https://t.co/eh31WYrSDF

Ooooohhh it was supposed to be “helped rescue” not “helped reduce” https://t.co/qEMkCCecL1

The copious paper trail that comes with the management of a large non-profit disbursing significant amounts of money to service providers would make these allegations go away immediately. Why are people so skeptical of your claims? They’re being mean!

There is a Facebook post from 2016 documenting the allegation that George Santos stole from a dying dog was made seven years ago, under one of his fake aliases and long before Santos was even in the news. pic.twitter.com/hRxYIxyyTy

“The reports that I would let a dog die is shocking & insane. Over the past 24hr I have pretended to receive pictures of dogs I pretended to help rescue throughout the years along with supportive messages I wrote to myself.

These distractions won’t stop me from scamming more!”

Don’t worry. I believe that you would never let a dog die just like I believe your mother died in 9/11 and your employees died in the Pulse Nightclub shooting and that you also lost two kneecaps as a pro volleyball player.