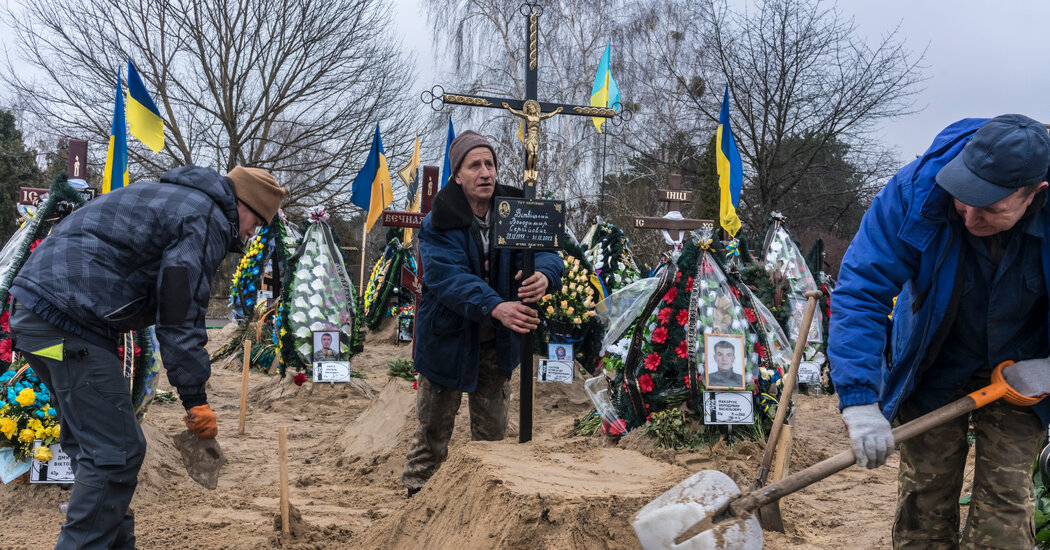 They are lumbering and noisy and relatively easy to shoot from the sky. Over the New Year’s weekend, the Ukrainian military said it downed every single one of the 80-odd exploding drones that Russia sent the country’s way.

“Such results have never been achieved before,” a Ukrainian Air Force spokesman said on Tuesday.

But beneath that result lies a question: How long can Ukraine sustain its effort when many of its defensive measures cost far more than the drones do?

The Shahed-136 drones used by Russia and supplied by Iran are relatively cheap, while the array of weapons used to shoot them out of the sky are much more expensive, according to experts.

Artem Starosiek, the head of Molfar, a Ukrainian consultancy that supports the country’s war effort, estimated that it costs up to seven times more to use a missile to shoot down a drone than it does to launch one. The Iranian drones can cost as little as $20,000 to produce, while the cost of firing one of the surface-to-air missiles used by Ukraine can range from $140,000 for a Soviet-era S-300 to $500,000 for a U.S.-made NASAM, or National Advanced Surface-to-Air Missile System.

That is an imbalance that could over time favor Russia, costing Ukraine and its allies dearly, some analysts say.

President Volodymyr Zelensky of Ukraine said in a recent overnight speech that Russia is betting on the “exhaustion of our people, our air defense, our energy sector.”

Molfar said it estimated that, since September, Russia had fired around 600 drones at Ukraine. The campaign, which gathered pace just as Moscow sustained a series of battlefield losses, has caused rolling blackouts and outages just as the country’s harsh winter has started to bite, compounding the misery caused by Russia’s full-scale invasion.

Both sides have used drones not just for reconnaissance and attacks since Russia’s invasion began in February, the first time that they have been widely deployed in a European war.

Military authorities in Kyiv have said little about the details of their air defenses in line with the operational secrecy that has shrouded much of their war planning, or about the cost, making analysis difficult.

Ukraine’s forces have used antiaircraft guns and small-arms fire to down some drones, but increasingly, as the Russians have taken to launching assaults at night, Kyiv has also relied heavily on missiles fired from warplanes and the ground. Officials said that Ukraine has employed surface-to-air missiles known as NASAMs multiple times over the weekend to counter drones.

Michael Kofman, an expert on the Russian military at the CNA research institute, said that Ukrainians are using “a zoo of different air defense systems” to combat the threat, including Soviet-era and NATO missile systems, each with its own cost profile.

Some of Ukraine’s antiaircraft guns, like the Gepard 2 radar-directed mobile gun system, are inexpensive in comparison with other Soviet-era and European defense systems being deployed. And some of the American-made interceptor missiles are relatively expensive.

Even so, Mr. Starosiek said, the expense of downing the drones with missiles needed to be seen in context. It costs far less to shoot down a drone than to repair a damaged or destroyed power station, he noted. And then there is the human factor.

“People are still alive,” he said.

In a report issued on Nov. 7, Molfar said that 82 percent of the drones were being shot down, but that figure has since increased.

Ukraine currently depends on its allies, chief among them the United States, to resupply its air defense systems and foot the bill, he said. There is a danger those allies will grow weary of the cost over time.

“The cost is irrelevant as long as the West keeps providing military assistance to Ukraine,” Mr. Boulegue said.