Russia Says It Has Taken Soledar as Kyiv Denies the Claim 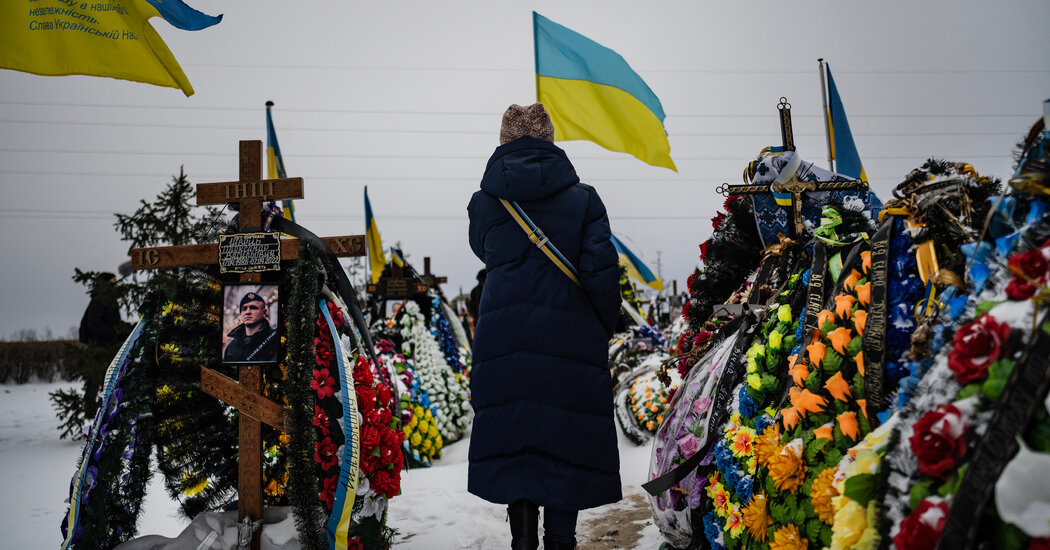 The Russian Defense Ministry said on Friday that its troops had captured the eastern salt-mining town of Soledar, a claim quickly rejected by Ukraine’s military, which said that its soldiers were hanging on.

After a string of setbacks for Russia, capturing Soledar would represent the biggest success for Moscow’s forces in Ukraine in months, though military analysts have cautioned that the small town is of limited strategic value.

The Russian Defense Ministry said in a statement on Friday that its troops had “completed” their capture of the town overnight.

But Serhiy Cherevaty, a spokesman for Ukrainian troops fighting in the east, denied that Soledar had been captured.

“This is not true,” Mr. Cherevaty said in remarks to Ukrainian news outlets on Friday afternoon. “The fighting is ongoing.”

Earlier on Friday, Ukraine’s deputy defense minister, Hanna Maliar, said that Kyiv’s troops were still “bravely trying to hold the defense” of the town under a “high intensity” Russian offensive.

Over the last several days there have been conflicting reports about who controls Soledar, while losses mount on both sides. This week, the head of the Wagner mercenary group fighting in Ukraine claimed that his fighters had seized control of the town. Ukraine denied the reports, and the Kremlin walked back the assertion at the time.

Weeks of intense fighting have devastated Soledar, which has taken on outsize attention despite its small size and limited strategic value, as Russia sought a win after months of setbacks.

The town lies near Bakhmut, the focal point of the Kremlin’s quest to take control of the entire eastern Donbas region. The battle for Soledar, where hundreds of civilians are trapped in a town that has largely been reduced to rubble, has put into sharp relief Moscow’s costly and grinding offensive in eastern Ukraine.

Taking Soledar would give Moscow’s forces new locations to place artillery and put pressure on Ukrainian supply lines that run toward Bakhmut. But military analysts say that even if Soledar were to fall, it would not necessarily mean that Bakhmut — or the whole of the Donbas — is next.

The Russian claim came after the Institute for the Study of War, a Washington think tank, said in an analysis on Thursday that geolocated footage indicated that Moscow’s forces “likely control most if not all of Soledar.” It called the capture “at best a Russian Pyrrhic tactical victory” after Moscow had committed significant resources, adding that the battle will have contributed to “Russian forces’ degraded combat power and cumulative exhaustion.”

“All available evidence indicates Ukrainian forces no longer maintain an organized defense in Soledar,” the institute said, adding that the fall of the town “is not an operationally significant development and is unlikely to presage an imminent Russian encirclement of Bakhmut.”

The White House’s national security spokesman, John Kirby, echoed those sentiments on Thursday when asked about the status of Soledar, cautioning that it was important to “keep this in perspective.”

He added: “If you look at what’s been happening over the last 10 and a half months, particularly in the Donbas, towns and villages have swapped hands quite frequently.”

About 559 civilians — including 15 children — are trapped in the town as the brutal battle unfolds, Pavlo Kyrylenko, the head of the local Ukrainian military administration, said on Ukrainian state television on Thursday.