Congressional Democratic leaders are pushing to include legislation spurring oil and gas drilling that is desired by Democrat West Virginia Sen. Joe Manchin within the annual defense spending bill.

Senate Majority Leader Chuck Schumer agreed to put the legislation, which overhauls permitting regulations for oil and gas drilling, into a spending bill at the end of the fiscal year in exchange for getting Manchin’s support for President Joe Biden’s Inflation Reduction Act in August. However, the permitting reform text ended up being removed from a short-term government funding bill in September after Manchin failed to secure enough support for the proposal.

Now, a senior Democratic congressional aide told Fox News Digital that Schumer, D-N.Y., and House Speaker Nancy Pelosi, D-Calif., are weighing whether attaching the legislation to the National Defense Authorization Act (NDAA) could risk tanking the larger bill. Schumer and Pelosi are both eager to move legislation before the next Congress takes office in January.

“It’s difficult because this has to pass both the House and Senate,” said the aide. “In the House, progressive Democrats don’t want to give fossil fuel companies any more wins. In the Senate, Republicans don’t want to politicize defense.”

Several progressive lawmakers have already pledged to vote against the NDAA if it includes Manchin’s permitting bill.

“This would gut bedrock environmental regulations and fast-track fossil fuel projects,” said Rep. Rashida Tlaib, D-Mich. “I refuse to allow our residents in frontline communities to continue to be sacrificed for the fossil fuel industry’s endless greed.”

Given the narrow margin by which Democrats control the House, the progressive opposition could be vital to tanking the bill. 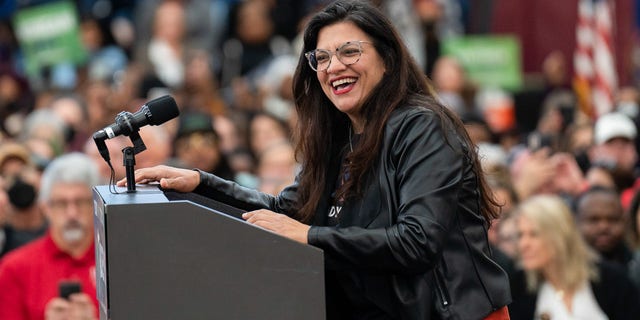 “This would gut bedrock environmental regulations and fast-track fossil fuel projects,” said Rep. Rashida Tlaib, D-Mich. “I refuse to allow our residents in frontline communities to continue to be sacrificed for the fossil fuel industry’s endless greed.” (Dominick Sokotoff/SOPA Images/LightRocket via Getty Images)

“If even 10 House progressives vote against it, it likely can’t pass,” said Rep. Ro Khanna, a California Democrat who opposes the inclusion of Manchin’s pet initiative.

With progressive Democrats opposed in the House, it remains to be seen whether enough Republican support could be picked up to ensure the NDAA and Manchin’s bill can pass if they are paired together. If Senate Republicans are any indicator, the answer might be no.

In September, Republicans were key to blocking the attempt to tie the permitting measure to a short-term government funding bill. The opposition from Senate Minority Leader Mitch McConnell and other Republicans forced Manchin to abandon the plan. 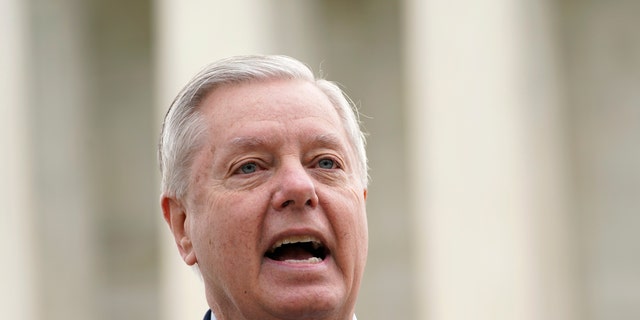 Republicans, who support streamlining regulations to boost energy production, said that Manchin’s bill would not go far enough. A few also took umbrage with being asked to support the permitting bill and reward Manchin for helping deliver a big win for Democrats.

“Sen. Manchin, if you think you’re going to get 60 votes to get the sweeteners,” said Graham, “you need to think long and hard about what you’re doing.”

Democrats hope, however, that Republicans will be less likely to oppose the bill if it’s tied to national defense. For the NDAA to pass, at least 10 GOP supporters will be needed to overcome the 60-vote filibuster threshold within the evenly split Senate.