FIRST ON FOX: Michigan Democratic Rep. Elissa Slotkin has amended previous financial disclosures after omitting her husband’s employment for the last two years with a company that has received government contracts worth millions.

Slotkin’s move to amend the 2020 and 2021 financial disclosures came after Fox News Digital inquired about the missing employment information for her husband, Dave Moore.

Prior public statements made by Slotkin revealed that her husband worked as a counterterrorism planner at the Pentagon, and her previous financial disclosures from 2018 and 2019 showed that he worked for Emissary LLC, a company that provides general management consulting services.

Up until this week, Slotkin’s 2020 and 2021 financial disclosures did not indicate any employment for her husband, other than his military pension.

On Wednesday, Slotkin filed two amended reports that showed her husband was employed by Emissary LLC in both 2020 and 2021. Both amended reports listed his employment with the company under the earned income classification.

According to a 2018 financial disclosure report, the first from Slotkin as a Member of Congress, Slotkin’s husband was employed by Emissary LLC and earned a salary from the company. In the disclosure, Slotkin noted that her husband’s salary was between $100,001 and $250,000.

In her 2019 financial disclosure report, Slotkin reported that her husband worked for Emissary LLC and listed his employment with the company as earned income.

In a statement to Fox News Digital, a spokesperson for Slotkin’s office concluded that her husband’s employment did not appear on the 2020 and 2021 filings “due to a clerical error.”

“Throughout Rep. Slotkin’s time in Congress, her husband has only earned income two ways: through his military pension, after retiring in 2014 from 30 years on active duty in the Army; and from Emissary LLC, the contractor through which he has worked for the Department of Defense,” the spokesperson said. “While filing income from DOD is not required, Emissary LLC was noted in the 2019 filing but left off due to a clerical error in 2020 and 2021. As such, the office has submitted a clarification to the House Clerk to add those two words.”

While Slotkin’s office maintains her husband’s income and employment through his contracting work stems from the DOD, Kendra Arnold, the executive director for the Foundation for Accountability and Civic Trust told Fox News Digital that “for the spouse’s salary, the source and type of the salary would need to be reported on the personal financial disclosure even if paid by the federal government.”

“For a Member, unless the federal government was paying the salary, it would need to be reported,” Arnold added.

Emissary LLC has been heavily involved with contracted work for the government since 2018. 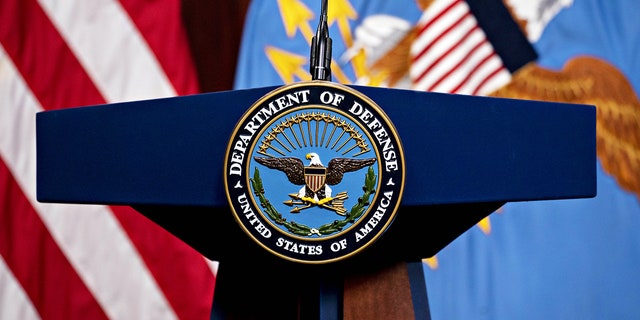 Emissary, according to USASpending, has been awarded millions of dollars in government contracts, with most of those, according to the data provided, being awarded to the company after Slotkin took office in January 2019.

Slotkin has served on the House Armed Services Committee, which assists in setting funding levels and overseeing the DOD, throughout her time in the Congress.

In an April 2018 video shared to Facebook, Slotkin, while speaking on bipartisanship and national security, told a small crowd of supporters that her husband worked as “a civilian counterterrorism planner four days a week at the Pentagon.” 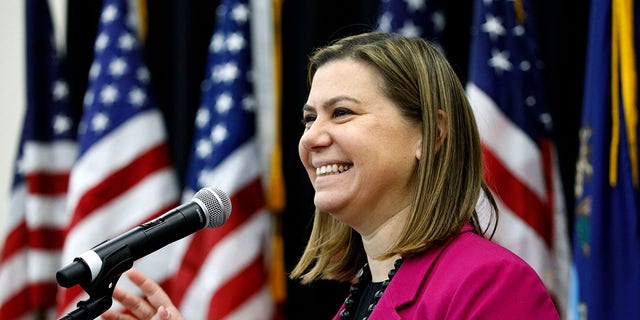 “I met my husband on my third tour in Iraq,” Slotkin said. “He’s a career army officer. His name’s Dave. We’re a service family, right? He’s thirty years in the army as an Apache pilot. He’s still a civilian counterterrorism planner four days a week at the Pentagon.”

In September, Slotkin’s campaign told The Detroit News that Slotkin’s husband is not registered to vote in Michigan because his work as a contractor for the Pentagon largely keeps him in Washington.

Slotkin faced scrutiny last month after it was revealed that she had moved into a Lansing, Michigan, condo owned by a lobbyist, who also happens to be one of her campaign donors, in order to run for re-election in a new congressional district.