Some Republicans Walked Out In Disgust During Rep. Matt Gaetz’s Floor Speech 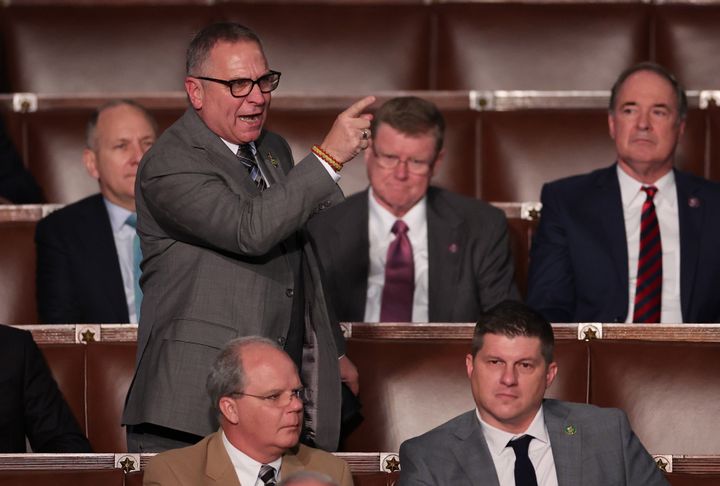 Rep. Matt Gaetz (R-Fla.) got under the skin of some of his fellow Republicans on Friday, causing them to walk out of the House chamber after he said Kevin McCarthy’s support to be House speaker was rooted in his prodigious fundraising.

Coming amid a now-four-day standoff over who will take the speaker’s gavel, Gaetz’s comments laid bare the resentments of supporters of McCarthy, the House GOP leader, and the handful of holdouts.

In nominating Rep. Jim Jordan (R-Ohio) again as an alternative to McCarthy, Gaetz took issue with McCarthy’s belief he had earned the position of speaker and said McCarthy would not have the votes he needed Friday, Saturday or “next week, next month, next year.”

“One must wonder, Madam Clerk, is this an exercise in vanity? For someone who has done the math, taken the counts, and is putting this institution through something that absolutely is avoidable?”

Gaetz said McCarthy owed his support among his fellow Republicans to his fundraising prowess.

“They believe Mr. McCarthy has earned the position of speaker of the House because he raised half a billion dollars to get Republicans elected.”

“One must wonder, Madam Clerk, is this an exercise in vanity? For someone who has done the math, taken the counts, and is putting this institution through something that absolutely is avoidable?”

At that point, Rep. Mike Bost (R-Ill.) stood up and began shouting at Gaetz that he was out of line. “That is not going to bring anyone” to Gaetz’s side, Bost shouted, waving a finger.

After Bost was gaveled down, Gaetz continued on, calling McCarthy “the LeBron James of special-interest fundraising in this town. There is nobody better.”

Gaetz’s comments may have backfired. After his speech, in the 12th and 13th votes on choosing a speaker, McCarthy came the closest yet to getting the votes needed, with more than a dozen of the holdouts switching sides to vote for him.

Kevin McCarthy Readies For Day 4 Of Rejection By His Colleagues

Scott Perry, Top Kevin McCarthy Hater, Nearly Missed A Vote Because He Was On TV