Now this is what you call a gorge-ous car collection, even if most of these cars need some work.

Gary Kuchar has been collecting and working on cars for the better part of his 84 years.

The native Nebraskan left his family farm after high school to head to California as part of the early hot rod scene, where he became a body man building custom cars.

He returned home to take over the family business after his father retired, but kept looking for cars to buy for himself and fixed up others for fun with friends.

Gary Kuchar has been filling his South Dakota property with cars since 1992. (VanDerBrink Auctions)

“I had a bucket list of cars, and I kept a lookout for them,” Kuchar told Fox News Digital.

“I especially like orphan cars from out-of-business companies. Studebaker, Kaiser, things that are different.”

After 20 years, Kuchar gave up the farm and moved to the Black Hills of South Dakota in 1992, bringing a few of his cars along with him. 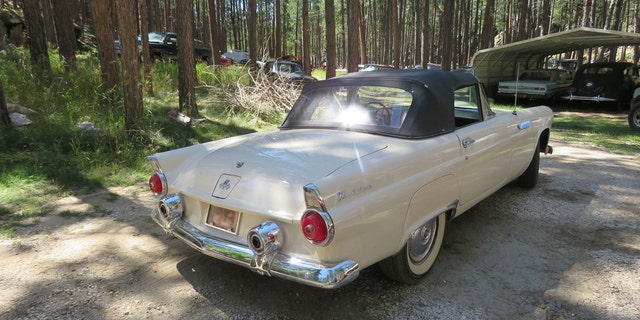 Over 70 cars are stored “between the rocks and the trees,” said Kuchar. (VanDerBrink Auctions)

He parked them on his new property, which is situated in a gorge in Custer, and just kept filling it up.

“I live tucked back up in there between the rocks and the trees,” he said. “When I find a car I like, I find a place to stick it.”

He has dozens now in various states of repair, but all very interesting. 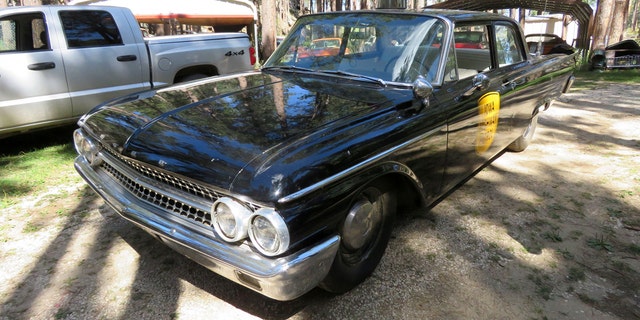 This 1961 Ford Fairlane was used by the Iowa Highway Patrol. (VanDerBrink Auctions)

He has a 1961 Ford Fairlane Police car and an Australian Dodge Phoenix and DeSoto four-door from the same year. 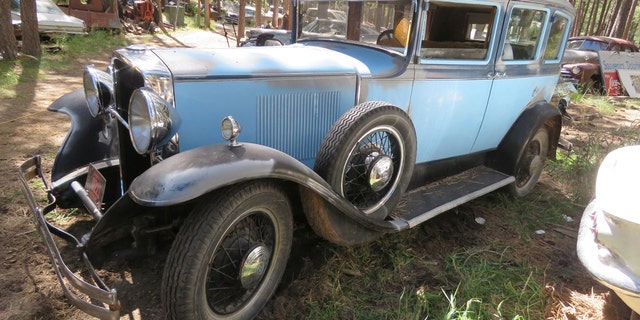 The Graham-Paige company was absorbed by Kaiser-Frazer in the 1940s. (VanDerBrink Auctions)

He also has a Graham-Paige sedan and an Austin Bantam from the 1930s, a 1951 Nash Ambassador and a 1974 Saab Sonnet sports car. 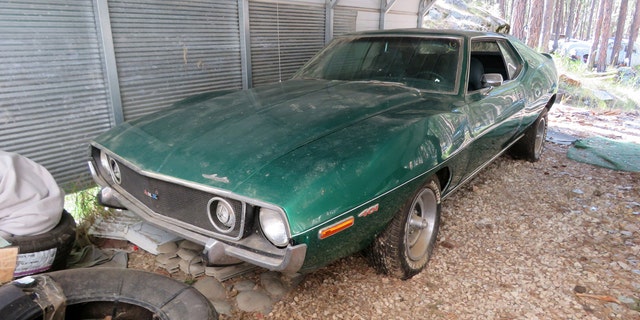 Among the standouts scattered among the trees and sheds are a 1971 AMC AMX muscle car and a 1981 DeLorean that “sort of runs.”

Kuchar said that “quite a few of them have been fixed, but I’ve fallen behind on the others,” so he’s decided to put 72 of them up for sale. 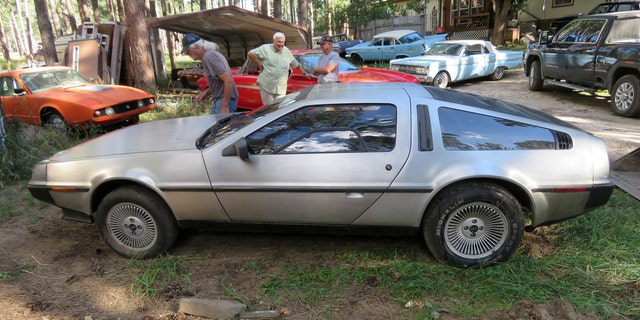 “At my age, I don’t get off the ground from under them as fast as I used to,” he joked.

The collection is being offered online by VanDerBrink Auctions through October 21, but in-person inspections can be scheduled.

Some cars are fully functional and others “ran when parked,” but a few will need plenty of work to get them in roadworthy condition.

“At my age, I don’t get off the ground from under them as fast as I used to.”

Although many of them are rare, there’s one that is literally unique and hard to miss.

Kuchar created a hot rod that looks like a Model T drag racer with an extended frame filled with three Chrysler slant-6 engines that he calls “Three of a Kind.” 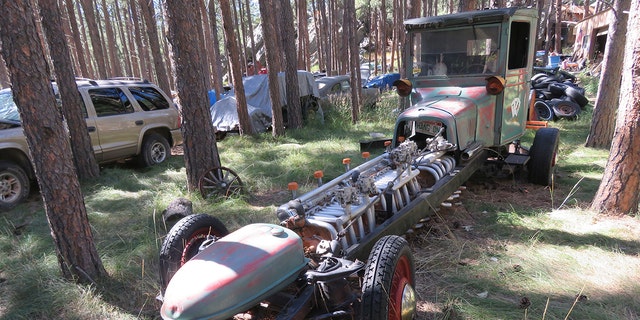 Kuchar came up with the idea for his “Three of a Kind” custom in a dream. (VanDerBrink Auctions)

“One night, I had a dream where I pictured it. So I mounted a 1925 Model T truck cab to a Graham truck frame with a Ford 9-inch rear axle and installed an engine. Then I thought, ‘Why not add more?’”

He never got it running with the trio of motors, but has brought it to cars shows over the years.

He says it always gets plenty of attention.

He is keeping five cars so that he has something to fiddle with, including another creation that’s odd, if not quite as bizarre as the tri-motor build. 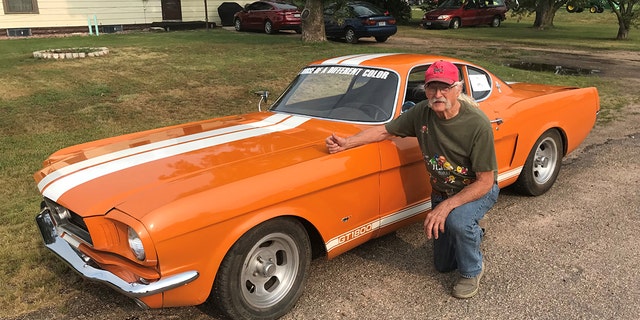 Gary Kuchar combined a 1966 Ford Mustang coupe with the roof from a Volvo P1800. (Gary Kuchar)

“I was leaning on the Mustang, looking at the Volvo and got the idea in my head, so I grabbed my tape measure and it worked out fine,” he explained of the inspiration for the orange hybrid. It wears GT1800 badging and has “A Horse of a Different Color” written across the top of windshield.

And the ideas keep coming.

One of the cars that Kuchar is hanging onto is a 1951 Hudson that he’s planning to turn into a custom in the style of George Barris, the late builder responsible for the original TV Batmobile and the Munster Koach from “The Munsters,” along with countless movie cars and hot rods.