Stephen A. Smith says people are trying to ‘keep their knee on Kyrie’s neck’ as Nets’ suspension continues

Kyrie Irving’s suspension for sharing an antisemitic film on social media has drawn a strong response from many within the NBA community.

On Thursday, Los Angeles Lakers star LeBron James took to Twitter in support of Irving, saying the seven-time All-Star should be allowed to return to the court after apologizing to the Jewish community following his suspension of “at least five games.”

Kyrie Irving of the Brooklyn Nets dribbles during a game against the Dallas Mavericks Oct. 27, 2022, at Barclays Center in Brooklyn.  (Jesse D. Garrabrant/NBAE via Getty Images)

James also said the steps Irving must take before being able to return to the floor were “excessive.”

Those steps reportedly include completing antisemitic/anti-hate training and sitting down with representatives from the Anti-Defamation League and Jewish community leaders in Brooklyn.

ESPN analyst Stephen A. Smith, who earlier in the week said that list of conditions was “emasculating,” doubled down in his support of Irving Friday, saying people should show compassion and forgiveness for Irving following his apology.

“We got riots that took place in the streets a couple of years ago, and I told everybody back then,” Smith said Friday on ESPN’s “First Take,” according to Nets Wire. “I said when George Floyd had that knee on his neck, what people didn’t get outside of the Black community is that Black folks were going off because we were saying from a figurative perspective, from a metaphorical perspective, we always feel like we got a knee on our neck. 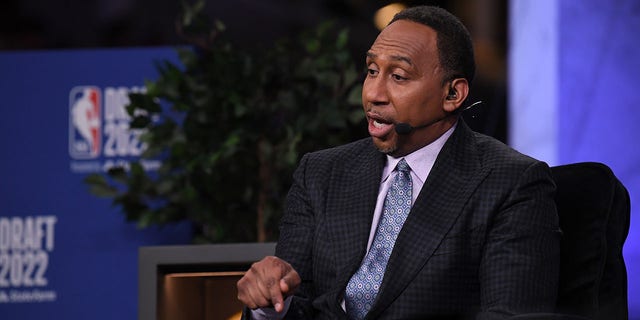 “And that’s where the frustration and the foment of vitriol and hostility, and dare I say violence, came shining through.”

NBA commissioner Adam Silver met with Irving earlier in the week and left the meeting satisfied Irving is not antisemitic.

Smith said Friday that Silver’s thoughts after their meeting should be enough for Irving to return to the court.

“And so here we are again,” Smith added. “Now this doesn’t have anything to do with that in a literal perspective, but this is somebody, or a bunch of people out there trying to put their knee and keep their knee on Kyrie’s neck. 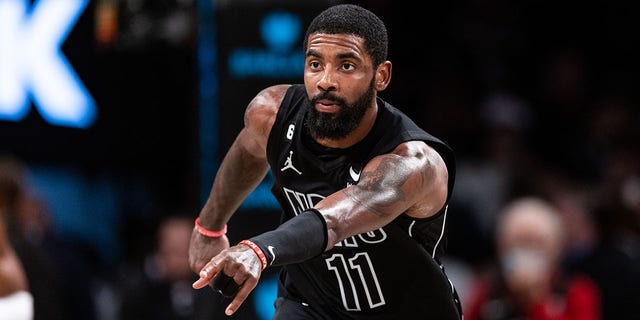 Kyrie Irving of the Brooklyn Nets points during the fourth quarter of a game against the Indiana Pacers at Barclays Center Oct. 31, 2022, in New York City. (Dustin Satloff/Getty Images)

On Friday, the National Basketball Players Association told its members Irving has spoken with team, league and union officials recently and is hoping for a resolution “very soon,” according to an email obtained by ESPN.

There is “no momentum” for Irving to return to the floor during the Nets’ upcoming four-game road trip that concludes at the Portland Trail Blazers Nov. 17, according to ESPN.