Sylvester Stallone is one of the most bankable action heroes, and is one of only a few actors ever to have a film that topped the box office across six consecutive decades.

The 76-year-old Academy Award-winner admitted he had a few regrets in his lifetime, though, one of which was turning down a proposed $34 million paycheck to star in another “Rambo” movie in the ’80s.

When asked what was the most he was ever paid for one of his dozens of roles, Stallone proudly declared to The Hollywood Reporter that he refused to make another “Rambo” flick, even for millions of dollars.

Sylvester Stallone declined a massive paycheck for another “Rambo” movie in the ’80s. (Getty Images)

“And that’s in 1980 dollars,” Stallone added. THR surmised $34million would now be worth approximately $85 million due to inflation. “For real. That’s not a joke. Oh boy, what an idiot. Now I think about that and … wow.”

Stallone portrayed former soldier John James Rambo in a total of five films. The character suffered from post-traumatic stress disorder, which made him prone to violent outbursts and an expert survivalist due to time served in the Vietnam War.

When it came to the long heard rumor of another “Rambo” project in the works, Stallone was hopeful for the future.

“I think it’s going to happen,” he said. “I wanted to do it like a Ken Burns documentary on Vietnam, where you drop young Rambo in there, and he’s this outgoing guy, football captain, and then you see why he becomes Rambo. But what they want to do is a modern-day story where I pass the torch. That’s getting close.”

A difficult part of Stallone’s success was reconciling with failed projects or less-than-perfect pursuits in his career. 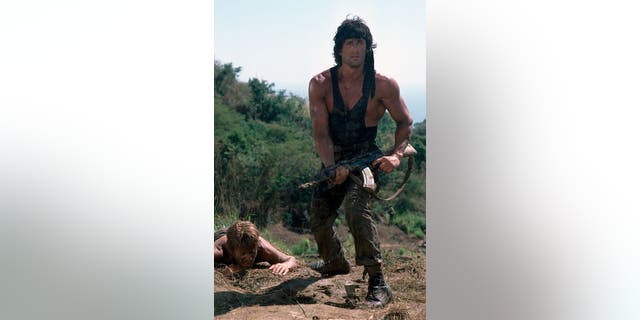 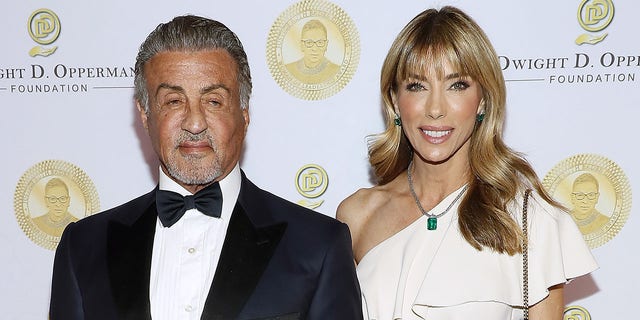 Sylvester Stallone and Jennifer Flavin (seen in March) called off their divorce weeks after she filed in Palm Beach, Florida. (Paul Morigi)

“I felt as though I wasted a lot of time. Now I realize there are only so many bullets left in the gun. Very few,” he said. “When you’re young, you’re just haphazardly shooting wildly and hope you hit something. Now you don’t have the luxury of missing – especially with the family and the kids. I find that to be my biggest regret.”

He added, “Everyone goes, ‘I wish I’d shown love more’ or ‘I wish I’d spent more time with the kids.’ I’m riding that boat. That’s one of the reasons I wanted to do the reality show that I’ve been taking a lot of s–t for.”

Stallone’s wife, Jennifer Flavin, had filed divorce paperwork on Aug. 19 in Palm Beach County after 25 years of marriage. At the time, Stallone confirmed to Fox News Digital in a statement, “I love my family. We are amicably and privately addressing these personal issues.”

They have three daughters: Scarlet, Sofia and Sistine. He was previously married to Brigitte Nielsen from 1985-87, and had sons, Seargeoh and Sage, with his ex-wife, Sasha Czack. Sage died of heart disease at the age of 36 in 2012. 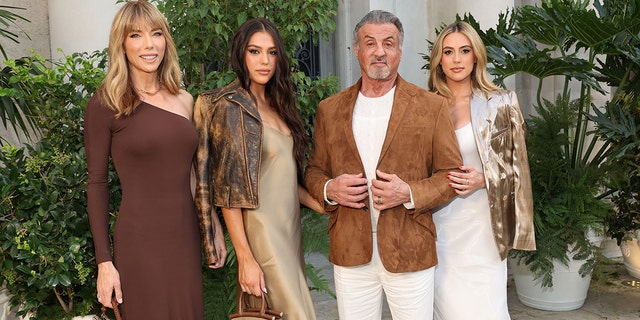 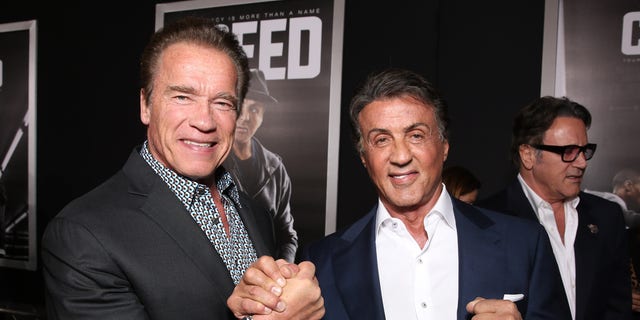 While divorce was on the table, the couple reconciled weeks later when a Florida judge signed an order suspending the proceedings. He admitted that the tumultuous time in his relationship will be part of his new reality show with his family.

“I thought it would be the ultimate home movie. This is a chance where I’m going to be with my kids under a work condition where they get to see me in action and I get to see them in action,” he said. “What you will see is the real truth. This is a great opportunity. I don’t look at it as stooping to conquer. But each time you go in a different direction, people go, ‘Oh God, you must be in trouble.’ Just the opposite.”

Another solid spot in his life is his friendship with Arnold Schwarzenegger. Sly said Arnold is “very wise” and loves to talk about “philosophies.”

“It’s good to talk to a man who actually has put his money where his mouth is, and he’s achieved that,” he said. “Then we start goofing around and being crazy — just laughing at the old times. I told him: ‘We are the last two tyrannosaurus.’ We’re the last two meat eaters and there’s not much beef left out there. So we better enjoy each other.”