A suspected human trafficker carrying 14 migrants in a pickup truck crashed during a police chase in South Texas, leaving two migrants dead and 12 injured, according to the Texas Department of Public Safety.

The fatal wreck happened in Brooks County, which is about 60 miles north of the U.S.-Mexico border.

Pictures released by Texas DPS show a white pickup truck upside down off the roadway after rolling over. 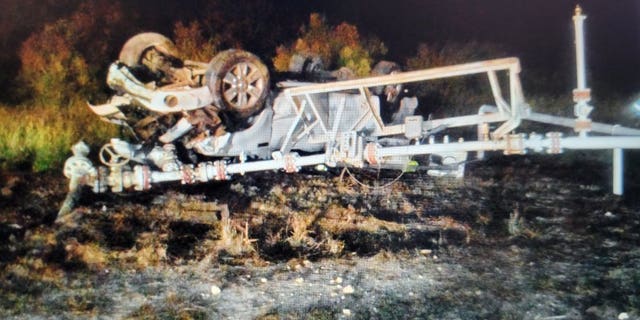 The truck came to a stop upside down off the roadway.  (Texas Department of Public Safety)

The 14 migrants who were in the vehicle were from Mexico and Guatemala. The driver was able to flee the scene, according to Texas DPS.

The two deaths add to the nearly 800 migrants who have died while crossing the border this year, a new record high, according to Customs and Border Protection. 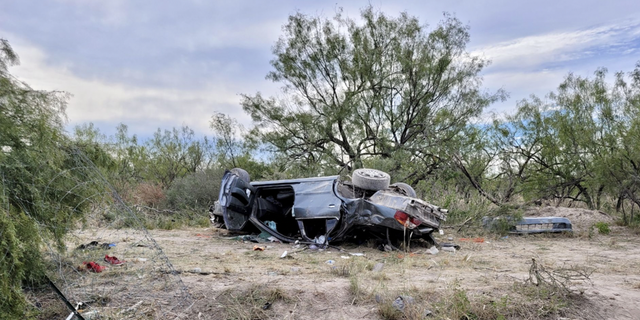