A Texas mom successfully chased off a suspected burglar after locking herself and her children in a bedroom and opening fire on the man.

“You have the right to defend yourself in your own home against an intruder,” Hidalgo County Sheriff Eddie Guerra told KRGV, commending the mom for protecting her family and home. “I imagine she was in fear of her life … so she did what she had to do, and we support her.”

Hidalgo County Sheriff’s deputies responded to a call of an active burglary in rural Edinburg on Tuesday just after 9 p.m. Authorities say the unidentified homeowner had locked herself and her children in a bedroom in the home after a suspect identified as Carlos Garcia broke into the home through the garage.

Garcia, 36, proceeded to try to break into the bedroom where the family was located, according to authorities.

“The homeowner warned Garcia that the police had been called and she had a gun.  When Garcia refused to leave and continued to try to get into the bedroom, the homeowner shot once through the door.  Garcia fled the house,” the sheriff’s office posted to Facebook of the burglary. 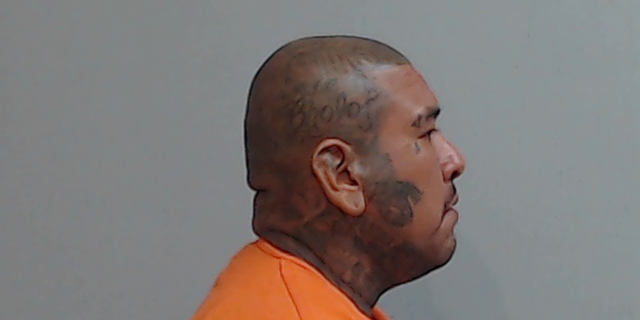 Authorities launched a search of the area and found Garcia about 100 yards away from the home with a gunshot wound to the left arm. He was medically cleared and booked into the Hidalgo County Adult Detention Center for Burglary of Habitation with Intent, the sheriff’s office said on Facebook.

“You don’t have to give notice, if someone’s breaking into your home you have the right to protect yourself and use deadly force, and you’re not going to have any problem with the sheriff of Hidalgo County,” Guerra added in his comments.

Garcia’s bond was set at $750,000, according to an update from the sheriff’s office.

Emma Colton is a writer for Fox News Digital. Story tips can be sent to emma.colton@fox.com.