Tom Nichols, writer for The Atlantic, claimed on Saturday that if Republicans are victorious in November, the country will become “paralyzed.

MSNBC host Alicia Menendez asked Nichols how America may be changed if Republicans win back control of Congress.

“In the mirror, it won’t take that long for the institutions of government to simply cease to function after a while because you can’t get nominees through that kind of a process,” he said. “You can’t run institutions and cabinet departments with that kind of process, and I think David Cicilline is absolutely right, they will just launch investigations and all kinds of other drama laden things that appeal to their base, but that will essentially paralyze the country sooner or later.”

Democrats and Republicans have clashed over critical issues such as the legitimacy of various institutions, leading many to suggest American democracy itself is in peril.

Nichols, who was a former advisor to the anti-GOP group the Lincoln Project, asserted the GOP has “collapsed” into a cult of personality.

“The Republican Party has completely collapsed as anything like an instrument of government or even a real political party,” he said. “It’s just a cult of personality Where the nominal leaders of the party are either cowards or true believers, and I think most of them are just cowards.”

Nichols appeared to imply many GOP leaders are cynically telling their voters what they want to hear in exchange for their support.

“They’re not going to stand up to their own primary voters, they want to cover their backsides and keep their jobs. They don’t want to have to leave the emerald city and go home,” he said. “They will say or do anything to stay where they are, and that means, the implication for the country is, that they will gladly sow chaos, be guided by their own fringe rather than even govern the country.” 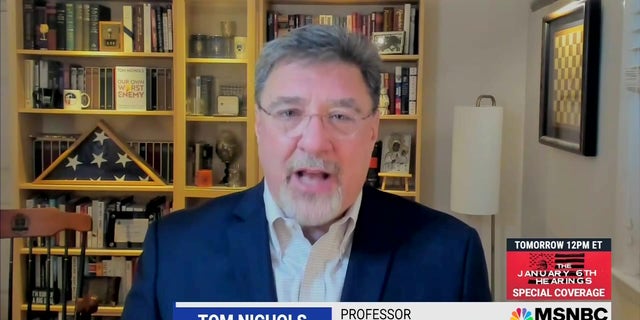 He went on to suggest that the GOP doesn’t have a core agenda so much as radical initiatives to whip up their base.

“The Republicans talk about policy, they don’t really have any policies other than this kind of will to power, that they will keep exercising by feeding red meat to their own base-whether it’s abortion, or immigration, or anything else,” he said. 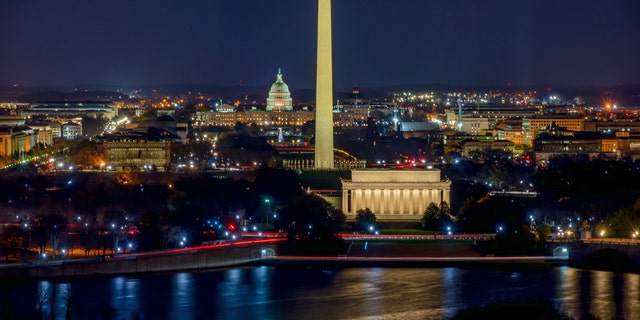 Aerial View of the Washington DC at night (iStock)