Theo James said the initial version of a nude scene shot of his character in “The White Lotus” was “way too much” so they reshot a slightly “more subtle” version.

The actor plays Cameron Babcock, a wealthy businessman and new character on the show about vacationers at a luxury hotel in Sicily. The first episode of the second season aired on Sunday.

Babcock takes off his clothes in a scene in the premiere where he’s putting on a bathing suit. The shot reveals everything from the back and a partial view of his front.

The actor joked to Entertainment Tonight that it’s in his “contract” that “I’m not allowed to do anything without being completely naked.” He’s had notable nude scenes in “The Time Traveler’s Wife” and “Sanditon.”

‘THE WHITE LOTUS’: JENNIFER COOLIDGE ON REPRISING HER ROLE AND BEING A ‘SEX ICON’

James explained that many of the actors have done nude scenes on the HBO show. “It’s funny ’cause we’re all kind of naked. It’s a holiday show, really,” he said.

He added that the nudity in the show is always “very specific” and helps drive the plot forward. Co-star Meghann Fahy, who plays James’ wife, said it is “never arbitrary and “always character driven.” 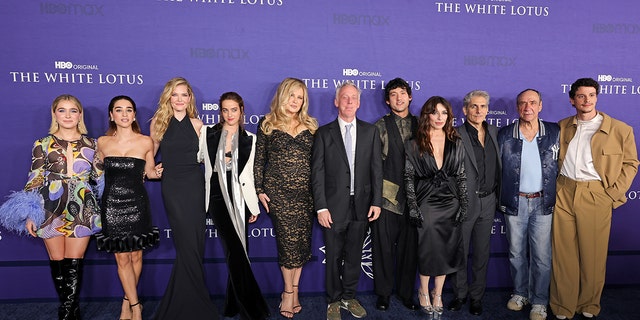 He said that made getting naked on the show feel “natural.”

In the scene, James changes into a swimsuit in the bedroom of his college friend’s wife (played by Aubrey Plaza) after she offers a pair of his trunks for the pool. Plaza’s character is in the adjoining bathroom at the time with the door open and she awkwardly watches him in the mirror. 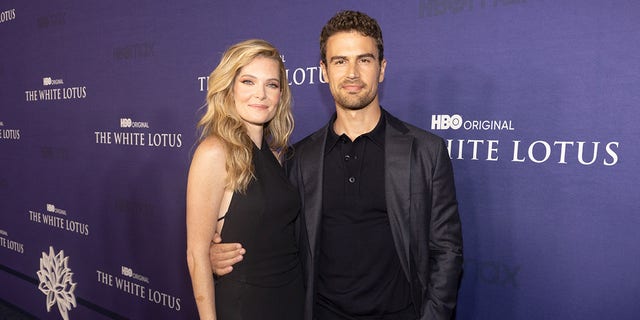 James said at first audiences don’t know if his character’s decision is “deliberate or it’s accidental. But he reveals himself.” He said by episode five the audience will realize the “purpose” of the scene.

The scene also had fans on social media wondering if James had used a prosthetic for the most revealing shot, which he didn’t address in the interview.