FIRST ON FOX: Rep. Jim Banks, R-Ind., the chairman of the Republican Study Committee (RSC), is demanding answers from the U.S. Department of Energy (DOE) about its handling of a top nuclear official charged with theft.

Banks penned a letter Friday to Energy Secretary Jennifer Granholm, listing a series of questions about the employment status of Samuel Brinton, who has served as the DOE’s deputy assistant secretary for spent fuel and waste disposition since June. Brinton, who identifies as non-binary, was charged in late October with theft after allegedly stealing a $2,325 suitcase at the Minneapolis St. Paul Airport.

“The reported details of Sam Brinton’s thievery are bizarre and disturbing,” Banks told Fox News Digital in a statement. “Americans deserve transparency about who and what their taxpayer dollars are funding.”

The RSC chairman then listed a series of questions that he requested Granholm respond to by Dec. 7.

Banks asked when the DOE was made aware of the incident, whether Brinton is still being paid by the agency and how much taxpayer money Brinton has received since the alleged theft.

“Not only was Brinton caught on surveillance camera stealing the woman’s luggage, but he also reportedly lied to law enforcement on multiple occasions when questioned about the incident,” Banks wrote to Granholm. “Given his appointment to a senior post at the Department of Energy, this is very alarming.”

“Sam Brinton is on leave from DOE, and Dr. Kim Petry is performing the duties of Deputy Assistant Secretary of Spent Fuel and Waste Disposition,” a DOE spokesperson told Fox News Digital in a statement.

The charges, which were first reported Monday, stem from an incident on Sept. 16 in which Brinton was seen on security camera footage taking a Vera Bradley baggage that belonged to another traveler after arriving in Minnesota from Washington, D.C. Law enforcement said the footage showed Brinton taking the bag and then removing its ID tag before hurrying away. 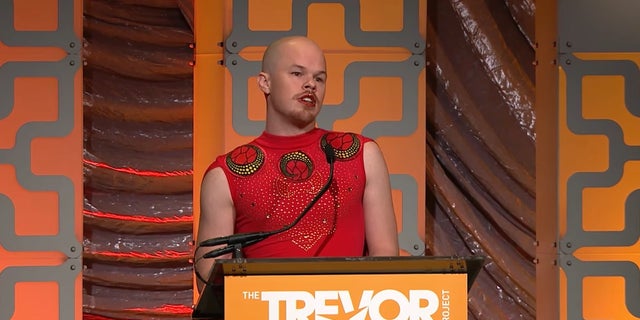 Brinton was then seen traveling to Washington, D.C., on two separate occasions later in September and in early October, using the same bag. In an Oct. 9 phone call with a police officer investigating the alleged theft, Brinton admitted to taking the bag but blamed it on being tired following the Sept. 16 flight.

Brinton was ultimately charged with felony theft of a movable property without consent, a crime that in Minnesota may result in a five-year prison sentence, a $10,000 fine or both. Brinton’s next court hearing in the case is scheduled for Dec. 19.

Meanwhile, in addition to Banks, Sen. John Barrasso of Wyoming — the chairman of the Senate Republican Conference and ranking member of Senate Energy and Natural Resources committee — also wrote to Granholm earlier this week, demanding that the DOE immediately terminate Brinton’s employment.

“It is in the interest of both the Department’s mission and our national security that the Deputy Assistant Secretary’s clearance be immediately revoked,” Barrasso wrote in the letter on Tuesday. “Additionally, the Department should undertake all necessary steps to terminate their employment immediately.”

The DOE and Brinton’s lawyer did not respond to a request for comment.

Thomas Catenacci is a politics writer for Fox News Digital.