Trump Rings In 2023 Facing Headwinds In His White House Run 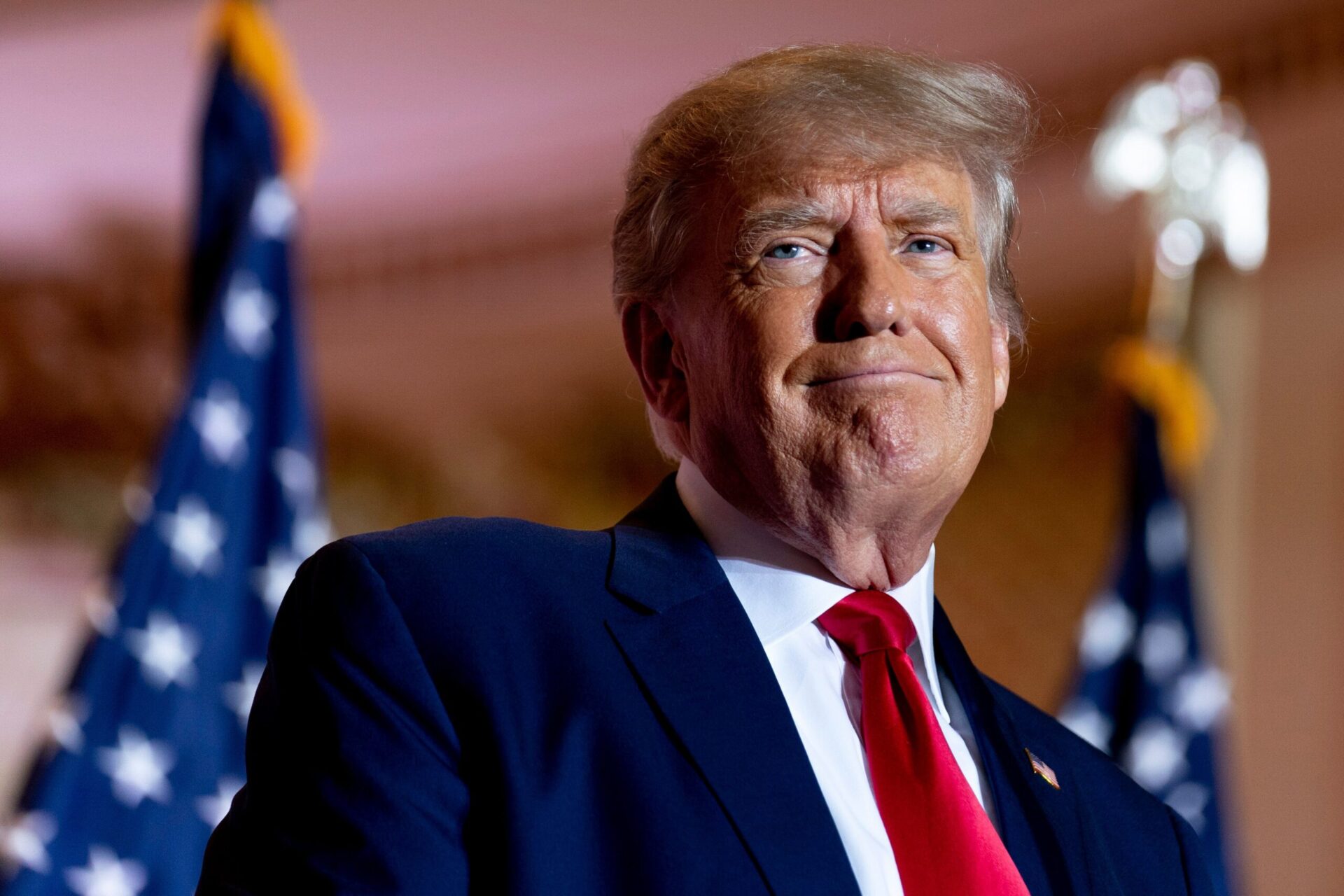 WASHINGTON (AP) — Donald Trump began 2022 on a high. Primary candidates were flocking to Florida to court the former president for a coveted endorsement. His rallies were drawing thousands. A bevy of investigations remained largely under the radar.

One year later, Trump is facing a very different reality.

He is mired in criminal investigations that could end with indictments. He has been blamed for Republicans’ disappointing performance in the November elections. And while he is now a declared presidential candidate, the six weeks since he announced have been marked by self-inflicted crises. Trump has not held a single campaign event and he barely leaves the confines of his Mar-a-Lago club in Florida.

Instead of staving off challengers, his potential 2024 rivals appear ever more emboldened. Florida Gov. Ron DeSantis, fresh off a resounding reelection victory, increasingly is seen as Trump’s most formidable competition.

Trump’s subdued campaign announcement has left even former stalwarts wondering whether he is serious about another run for the White House.

“There was a movie called ‘Failure to Launch.’ I think that’s what Donald Trump’s process of running has been so far. He had the announcement, and he hasn’t done anything to back it up since then,” said Michael Biundo, a GOP operative who advised Trump’s 2016 campaign but is steering clear this time.

“What campaign?” asked longtime GOP donor Dan Eberhart, who gave $100,000 to Trump’s 2020 reelection effort but is now gravitating to DeSantis. “Trump’s early launch seems more a reaction to DeSantis’ overperformance and a legal strategy against prosecution than a political campaign.”

Trump campaign officials insist they have been spending the weeks since his Nov. 15 announcement methodically building out a political operation. Trump, they note, announced just before the holiday season, when politicians typically lie low, and he did so unusually early, giving him plenty of time to ramp up.

“This is a marathon and our game plan is being implemented by design,” said Trump spokesperson Steven Cheung.

“We’re also assembling top-level teams in early voting states and expanding our massive data operation to ensure we dominate on all fronts,” he saidd. “We are not going to play the media’s game that tries to dictate how we campaign.”

Trump also defended criticism of his campaign’s slow start. “The Rallies will be bigger and better than ever (because our Country is going to Hell), but it’s a little bit early, don’t you think?” he wrote on his social media site.

While he has eschewed campaign events, the former president has nonetheless courted controversy.

There was his dinner with a white nationalist and the rapper formerly known as Kanye West, who has been spouting antisemitic tropes and conspiracies; his suggestions that parts of the Constitution be terminated to return him to power; and the “major announcement” that turned out to be the launch of $99 digital trading cards that do not benefit his campaign.

Since his announcement, he has also faced a series of legal losses, including the appointment of a special counsel to oversee the Justice Department’s investigation into the presence of classified documents at Trump’s Florida estate as well as key aspects of a separate inquiry involving Trump’s efforts to overturn the results of the 2020 election. Trump’s namesake company was convicted of tax fraud last month for helping executives dodge taxes on extravagant perks. In Georgia, a special grand jury appears to be wrapping up its work investigating his efforts to remain in power.

Trump’s potential rivals have spent months laying the groundwork for their own campaigns, visiting early-voting states, speaking before conservative groups and building the kinds of relationships that could benefit them down the line.

Bob Vander Plaats, the president and CEO of The Family Leader, an Iowa-based conservative group, pointed to Republicans such as former Vice President Mike Pence, former Secretary of State Mike Pompeo and former U.N. Ambassador Nikki Haley, who have made repeat visits to the state.

“They’ve done the early work that is needed to be out in front of Iowans and they’re very well received,” he said, noting the period since Trump announced his candidacy has been “unusually quiet. In a lot of ways, it kind of feels like it’s the announcement that didn’t even happen or doesn’t feel like it happened because there was no immediate buzz. … I don’t hear from people on he ground, ‘I can’t wait for Trump to run.’ ‘Did you hear Trump’s announcement?’”

He called the poor performance of some Trump-backed candidates in the 2022 midterms a “caution flag” and said that even Trump supporters are open to backing someone else in the 2024 contest.

“For the president, I think he’s definitely going to have to earn the nomination,” he said.

Despite his vulnerabilities, Trump remains the early GOP front-runner. While he is seen as potentially beatable in a one-on-one matchup, he is likely to benefit from a crowded field that splits the anti-Trump votes, just as he did when he ran and won in 2016.

But Biundo, the former Trump campaign adviser, said that after watching likely candidates such Pence pay visits to early voting states, he too, believes the field is wide open.