Negotiators at the United Nations climate talks said Saturday that they had struck a potential breakthrough deal on creating a disaster fund compensating poor nations that are the victims of climate change damage worsened by rich countries’ carbon pollution.

Citing several international cabinet ministers, The Associated Press reported Saturday that an agreement had been reached on a fund for “loss and damage.”

Poorer nations are often the victims of climate disasters despite having contributed little to the pollution.

New Zealand Climate Minister James Shaw told the AP that both the poor countries that would get the money and the rich ones that would give it are on board.

“There is an agreement on loss and damage,” Maldives Environment Minister Aminath Shauna said. “That means for countries like ours we will have the mosaic of solutions that we have been advocating for.”

The low-lying Maldives and island nations are disproportionately impacted by the climate crisis, and the UN notes that they often have little resilience to disasters.

According to the latest draft, the fund would initially draw on contributions from developed countries and other private and public sources, including international financial institutions.

While major emerging economies would not initially be required to contribute, that option remains on the table and will be negotiated over the coming years.

There would also be room for middle-income countries that are battered by climate disasters to receive aid. 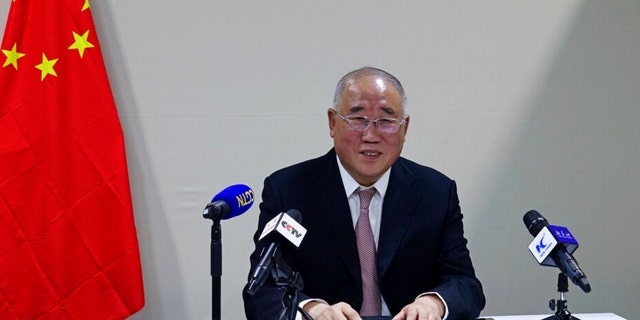 If an agreement is accepted, it still needs to be approved unanimously later in the day.

China’s lead negotiator would not comment on a possible deal.

The New York Times reported that a Biden administration official said the U.S. is “working to sign on to a deal,” reversing decades of opposition.

China and the U.S. are the two biggest carbon polluters. 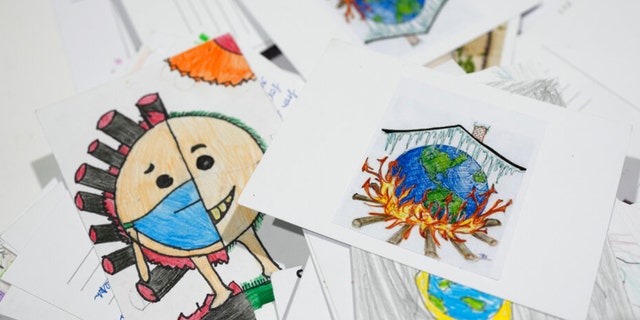 Letters and drawings left behind are gathered at the Youth Pavilion at the COP27 U.N. Climate Summit, Saturday, Nov. 19, 2022, in Sharm el-Sheikh, Egypt.  ((AP Photo/Peter Dejong))

After an agreement at the G-20 summit, the White House said that climate envoys from the two power players resumed formal negotiations last week.

European negotiators told the AP that they were ready to back the deal but would not say so publicly until the entire package is approved.

The Egyptian presidency proposed a new deal Saturday, and an agreement was struck within a couple of hours, though Norway’s climate and environment minister, Espen Barth Eide, said that it was not so much the Egyptians but countries working together.

Other issues at the conference are still being worked out as negotiators head into what they hope will be their final session. The COP27 summit was pushed past its scheduled Friday finish as countries struggled to reach a consensus.

Reuters and The Associated Press contributed to this report.

Julia Musto is a reporter for Fox News and Fox Business Digital.