The White House on Thursday looked to set the record straight on who was responsible for the negotiations that secured WNBA star Brittney Griner’s safe return from Russia: Washington and Moscow.

“This negotiation was between the U.S. government and Russia, and that’s how we were able to secure Brittney’s release,” White House press secretary Karine Jean-Pierre told reporters.

But when pressed on comments made by a U.S. security official on background earlier Thursday who thanked the United Arab Emirates (UAE) for their role in her return, Jean-Pierre doubled down.

WHO IS VIKTOR BOUT, RUSSIA’S ‘MERCHANT OF DEATH’ FREED IN PRISONER SWAP FOR BRITTNEY GRINER?

“The only countries that negotiated this deal were the United States and Russia,” she said, adding that “there was no mediation involved” by either Saudi Arabia or the UAE.

Questions over Griner’s release mounted earlier in the day after both nations released a joint statement in which they claimed to have led “mediation” efforts between the U.S. and Russia.

BIDEN SAYS RUSSIA TREATING PAUL WHELAN CASE DIFFERENTLY FOR ‘ILLEGITIMATE REASONS’: ‘WE ARE NOT GIVING UP’ 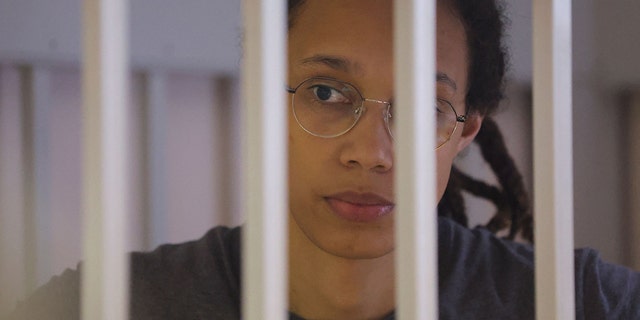 A Russian court found Brittney Griner guilty of smuggling and storing narcotics after prosecutors requested a sentence of nine and a half years in jail for the athlete. (Evgenia Novozhenina/Pool/AFP via Getty Images)

The White House press secretary said she had nothing to say in regard to the joint statement and reiterated comments made by President Joe Biden earlier in the day. 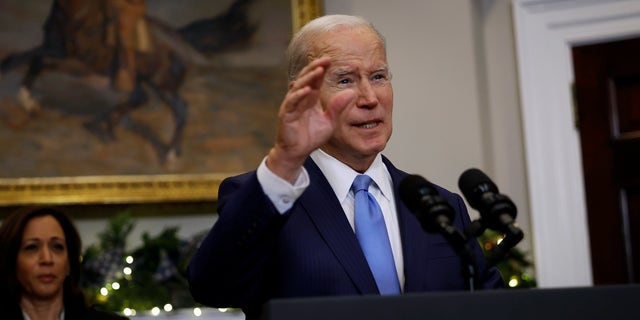 President Joe Biden speaks about the release of Olympian and WNBA player Brittney Griner from Russian custody at the White House on Dec. 8, 2022, in Washington. (Chip Somodevilla/Getty Images)

“We are grateful for the UAE, as the president mentioned, as I am mentioning now, for facilitating the use of their territory for the exchange to take place,” Jean-Pierre said in reference to the UAE’s help in receiving Griner by private jet from Moscow before she then departed for the U.S.

“We are also grateful to other countries, including Saudi Arabia, that released the issue of our wrongfully detained Americans with a Russian government,” she added. “But when it comes to her release, it was between the U.S. government and Russia.”